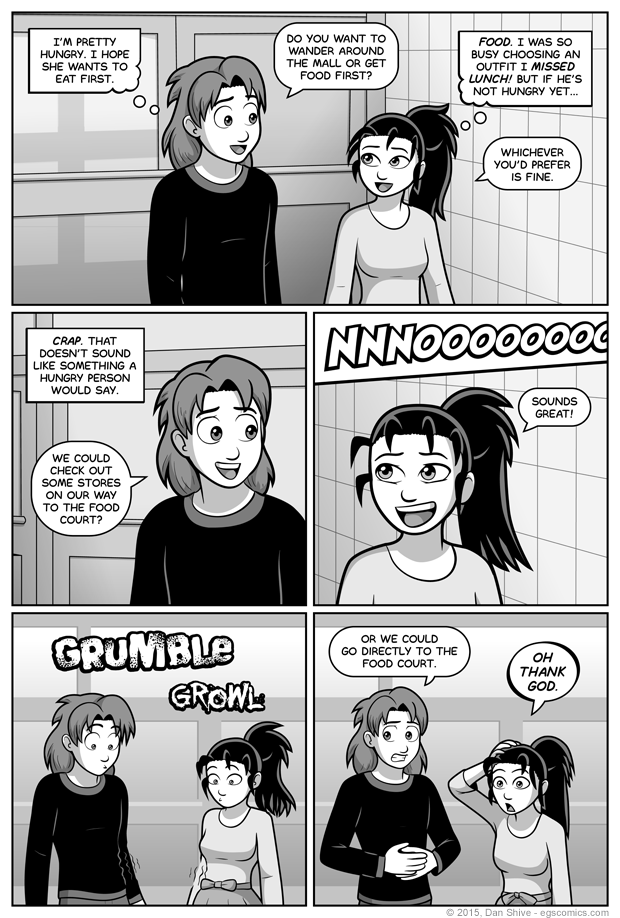 This is the part of the story in which I found myself with about a billion different things I could do and the necessity to narrow it down to at most a million things.

An early version of this exchange involved Elliot and Ashley each having a snack in anticipation of the other potentially not wanting to get dinner right away. It was similar in a lot of ways, but I like this one better. Plus I decided I wanted them to get food first, darn it.