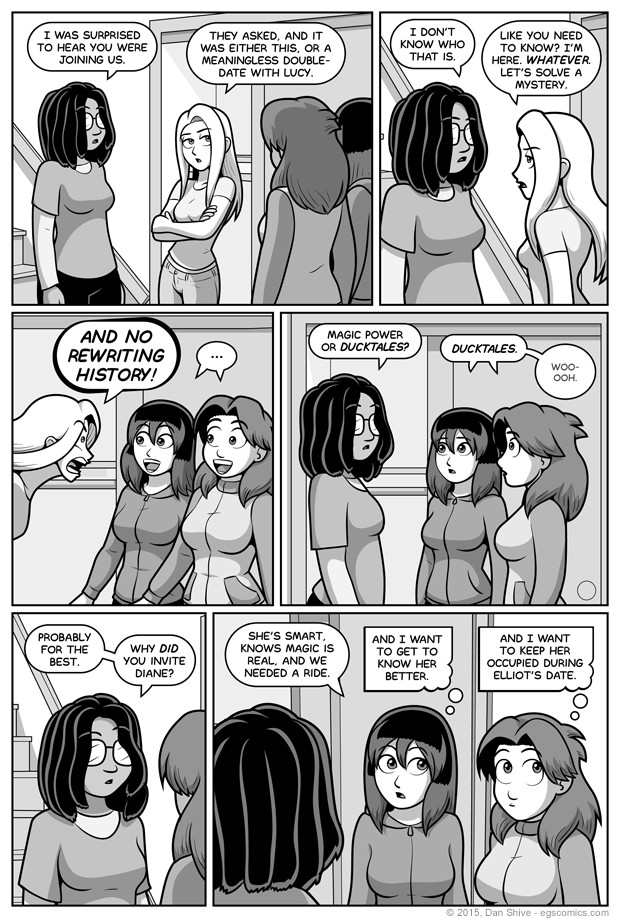 This wasn't originally going to be today's comic. Originally, it was just going to be like "suddenly Charlotte" with her giving a summary of what the mystery was. I figured it would be fast paced and keep some extra intrigue alive.

Then it occurred to me that this was the only real natural moment to address the why of Diane's presence without it feeling like exposition and that not doing so would potentially be distracting, so bam. Now this comic exists. It's still got "suddenly Charlotte" going for it, at least.