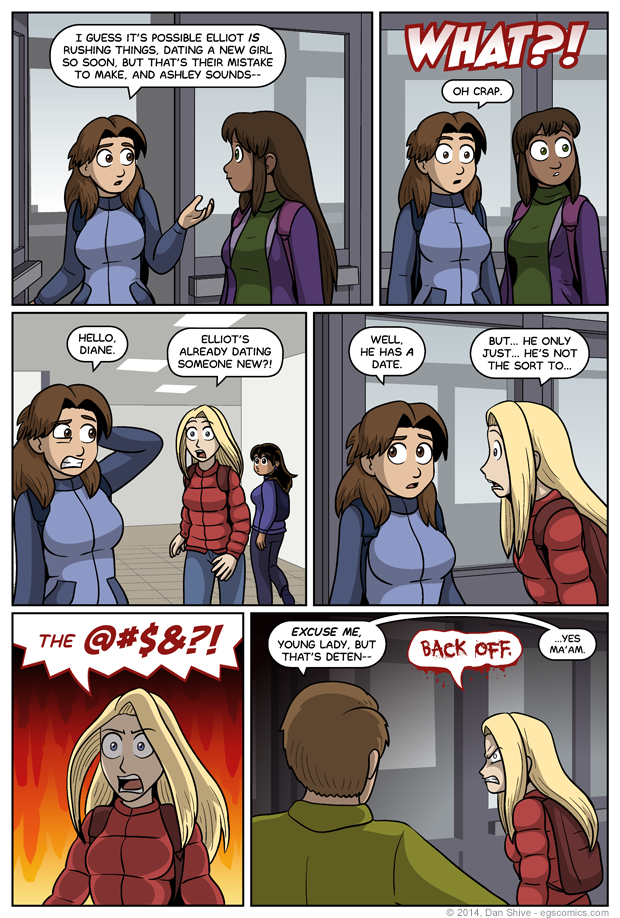 This comic was literally painful to make. Not because of anything to do with the comic itself. I simply wasn't feeling well while making it. I'm gradually feeling better, however, so yay.

I was originally going to make Diane's jacket blue, as it would have been closer to my own jacket which inspired it, but frankly, there's already a lot of blue, and Susan wears blue, so it's sort of cool to see Diane in red. At least, that's my opinion. Yours may differ (and be entirely wrong).