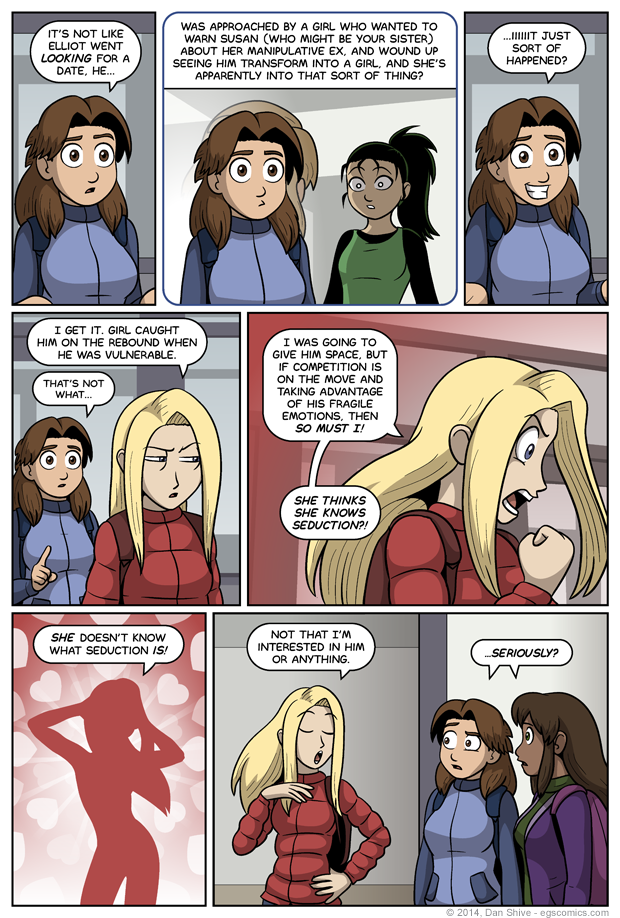 - Um... Uh... OH! That one comic where Diane tells Lucy she's interested in a "real" relationship. That's applicable, right? Yeah, it is.

And people have commented on Rhoda being bad at keeping a secret.

Fair warning: I'm enjoying stylized background effects more than ever now that things are in color. Granted, I suppose panel six would've worked in greyscale, what with it being all monochromatic and stuff, BUT NONETHELESS.

I'm continuing to feel better, though I am still sore. This doesn't really bother me when sketching comics, but for whatever reason, inking remains an unpleasant experience. I think it's because of the precision involved. In any case, I'm hoping that's not even an issue by weekend's end. I'll eat an entire apple orchard if I have to.