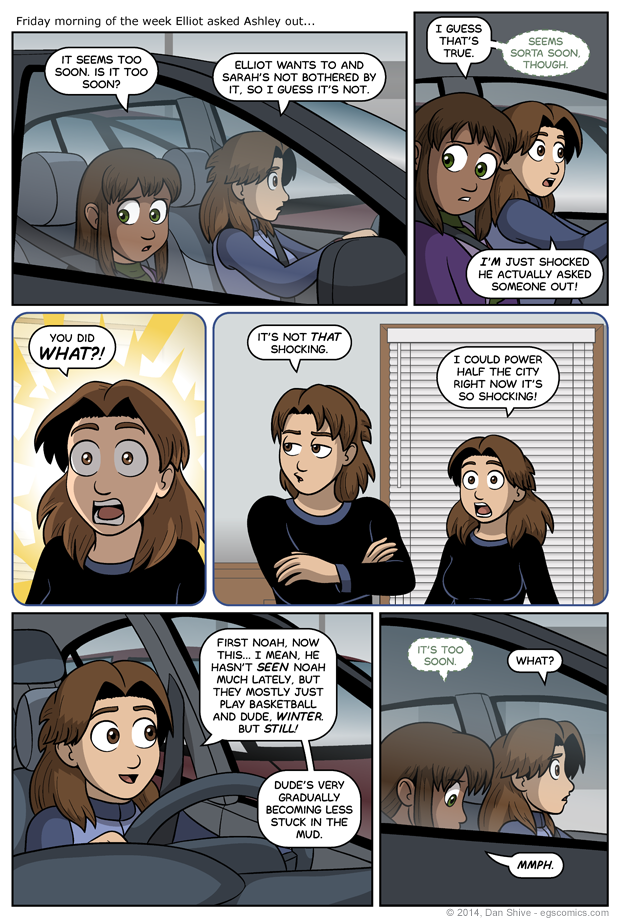 I kept finding new and exciting ways to prolong the production of this comic. I kept thinking "I'm finished", and then the comic would respond "I'm afraid you've only just begun". The most obvious example of this is panel three. I had completely finished a less shocking version prior to deciding it needed to be more worthy of powering half a city.

In any case, I think it actually looks sort of wintery outside of the car. This calls for a celebration. I'm going to play that one song about celebrating good times. I can't share it with you, but you're probably thinking of the same one. Or, you know, some other song. Any song with an emphasis on partying would be suitable. Wait, no, I shouldn't say that. Absolutes invite all sorts of trouble. There's probably at least one song about partying I wouldn't want to be associated with.