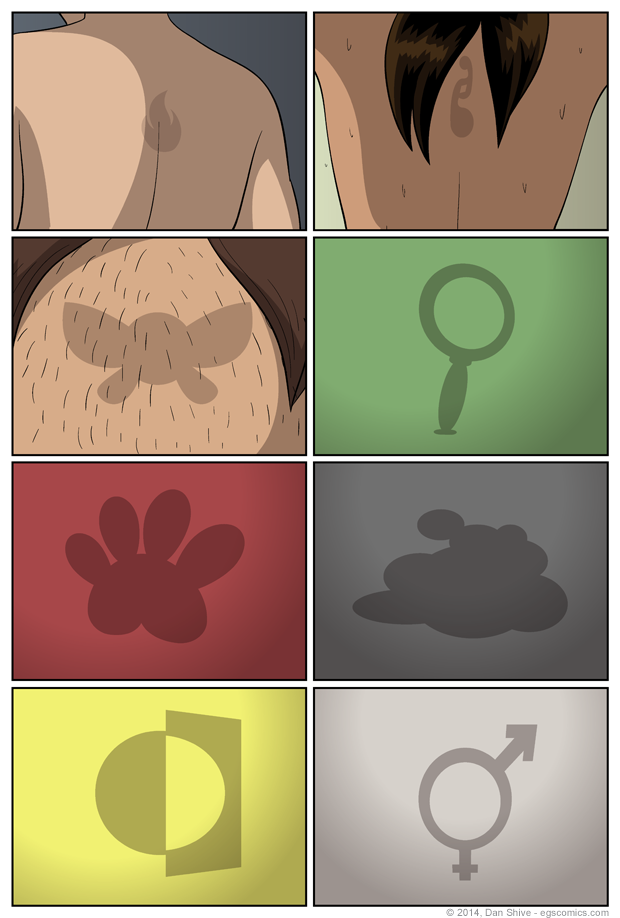 And we're back! This comic wound up being a lot visually simpler than I originally imagined by virtue of one simple fact: The comic's in color now.

Now, normally, the comic being in color makes things more complicated. In fact, a lot of the time between last Wednesday's comic and now was spent just getting better at color and sorting out the color palettes I would need for upcoming comics (incidentally, I'm well prepared in that regard now).

With this comic, however, I'm showing several new magic marks, and I don't want to give any clues regarding who does, or doesn't, have them. In greyscale, I could use a bit of shadow and skin tone would be up in the air. In color, it's an easy means of eliminating suspects. That got me to thinking about just how vague I wanted to be, and what, if any, clues I wanted to give.

The end result is what you see.