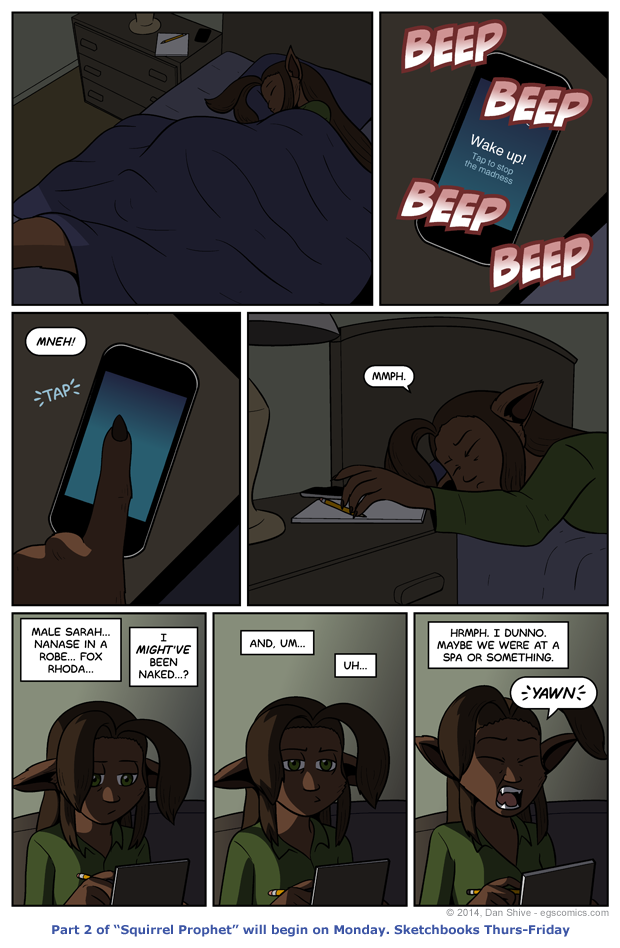 I tried so many different color schmes for that bed. It was green at one point! And so was the carpet Green EVERYWHERE.

As for why it will be continuing on Monday as opposed to the gloriousness of Thursday, there's some behind the scenes stuff I need to prepare. As one may recall, it was a pretty sudden decision to switch the comic to color, and I've managed to keep myself busier than normal just settling into the style development,

It was at the point when I  caught myself trying to write around what I didn't have ready yet that I decided this was a good point for a little pause. When the right thing to happen next is "A" and I'm contemplating "B" because some things still need to be designed and I'm worried about the number of hours in the day, it's probably a sign that such a pause is called for.