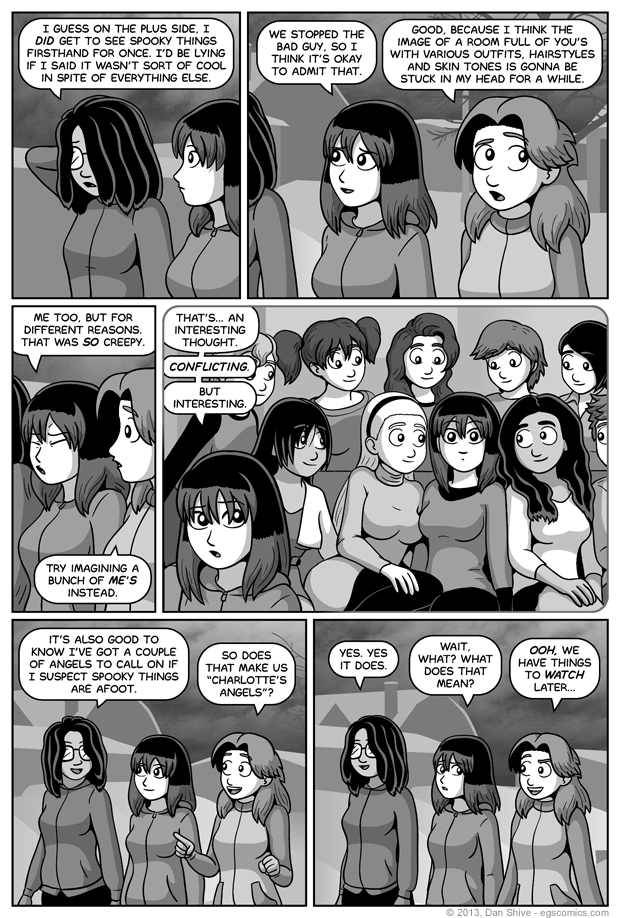 For whatever reason, it didn't occur to me early on that this comic was practically going to be a double-sized comic from a "how much effort am I going to have to put into this" perspective. Granted, five out of six panels weren't all that complicated, but that one complicated panel has eleven people in it. Well, sort of. One is barely in-panel and Nanase's in it twice, but still. Should've seen that coming, me.

I mentioned in a previous comic commentary that I would later reveal why Charlotte is named Charlotte, and that later is now! And it's just a reference to Charlie's Angels. EXCITEMENT!

It is a reflection of how Charlotte's character and her ultimate role has evolved, however. While the main eight know multiple people who keep tabs on spooky things, none of those people really want them to get involved. I decided I wanted a character who would keep tabs on such things AND totally be ready (if not eager) to get the main eight involved without breaking character or needing a convoluted reason for contacting them over other people.

In short, I wasn't kidding when I said Charlotte was pretty much guaranteed to show up again.