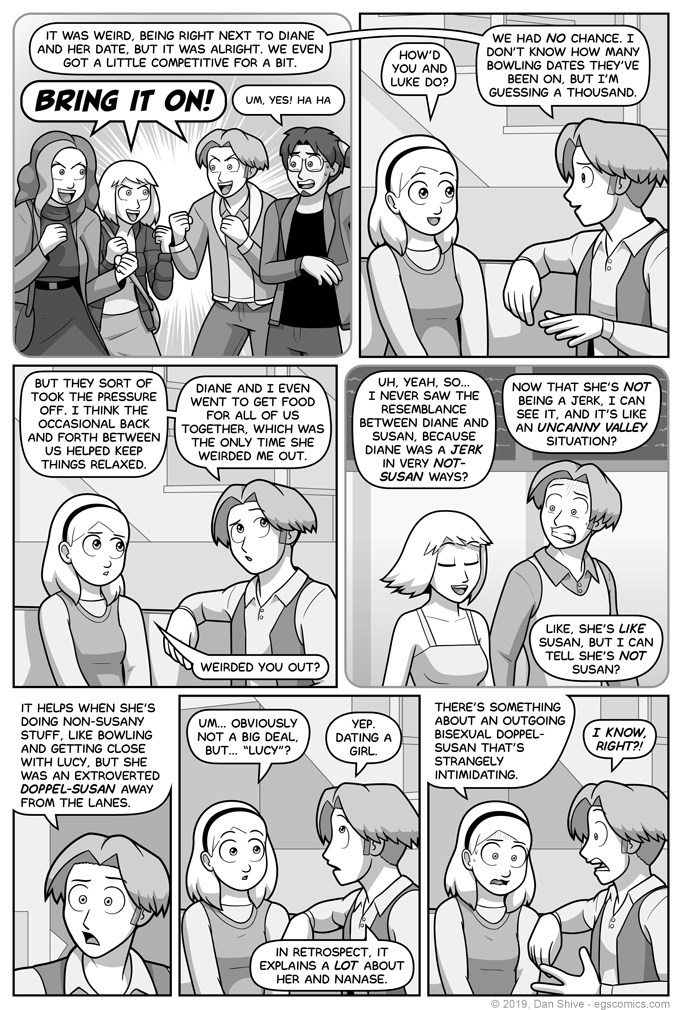 "It's like giving a honey badger a knife! They were intimidating enough before!"

That "uncanny valley" comparison came late in the editing process, and I'm glad it's there. Now if anyone's confused about how Justin feels, they just have to imagine watching a movie with disturbing CGI that's trying, and failing, to look like real people.

Put another way, Justin feels like Diane is the 2004 The Polar Express  movie version of Susan.

One of the most common things I have to edit out of dialogue is the acknowledgement that one could be mistaken, or that something has not yet been proven beyond all certainty.

Were I saying that sentence, I would want to allow for the possibility that it didn't actually explain any of Diane's previous interactions with Nanase. I would want it clear that I think it's highly likely, but that there was also room for doubt.

Justin doesn't care about that, nor does he feel uncertain. Putting a "might" in there would be out of character given his own feelings of certainty.

Given how often I want to be as specific as possible about such things, I edit out a LOT of words and phrases related to uncertainty.

I mean, I probably do that, anyway.