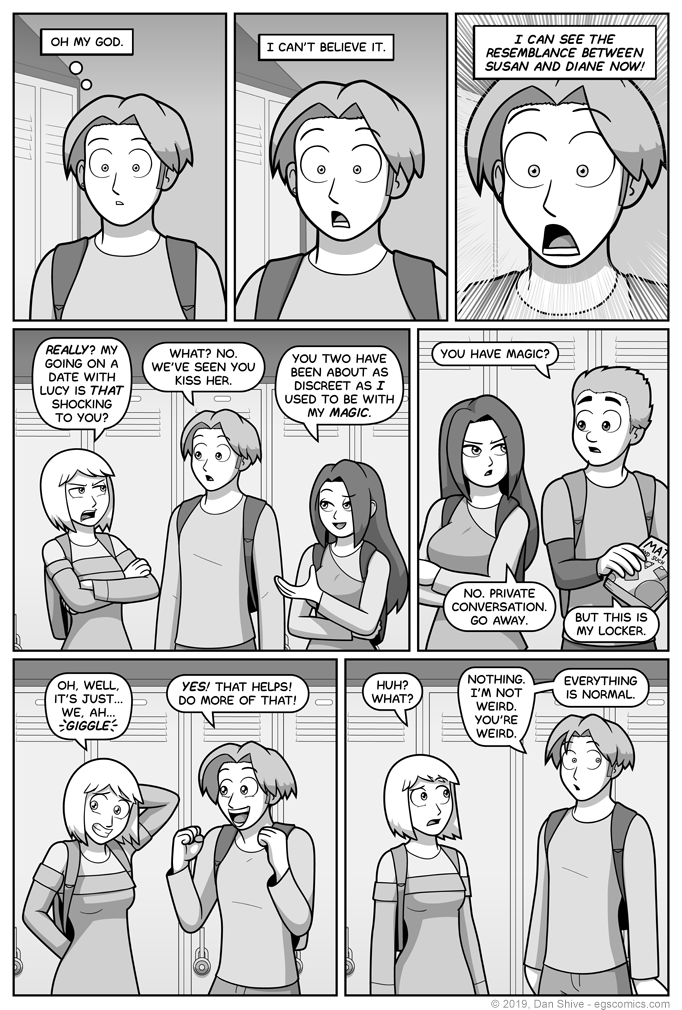 - Not so discreet Nanase (as described in Family Tree)

- And for the heck of it, when last we saw Justin and Diane interact

There was no Wednesday story comic due to technical nonsense that ate up a lot of my time figuring out and dealing with, and would have prevented me from sharing it regardless. EGSNP was done in advance, and was therefore unaffected. In any case, my apologies for the delay.

This reaction of Justin's was a late idea I had, as in I had it while working on the previous comic. I realized that Justin wouldn't be able to help but finally see the resemblance after seeing Diane explain something in a manner that would remind him of Susan.

Which is good, because I'm very happy to give Justin something personal to feel conflicted and weird about in this storyline while not being a source of serious angst.

Justin is crouching in the second-to-last panel, hence the height difference. I know it's an obvious thing once pointed out, but you can't see his legs, and I must admit that makes it not super clear why he looks shorter.