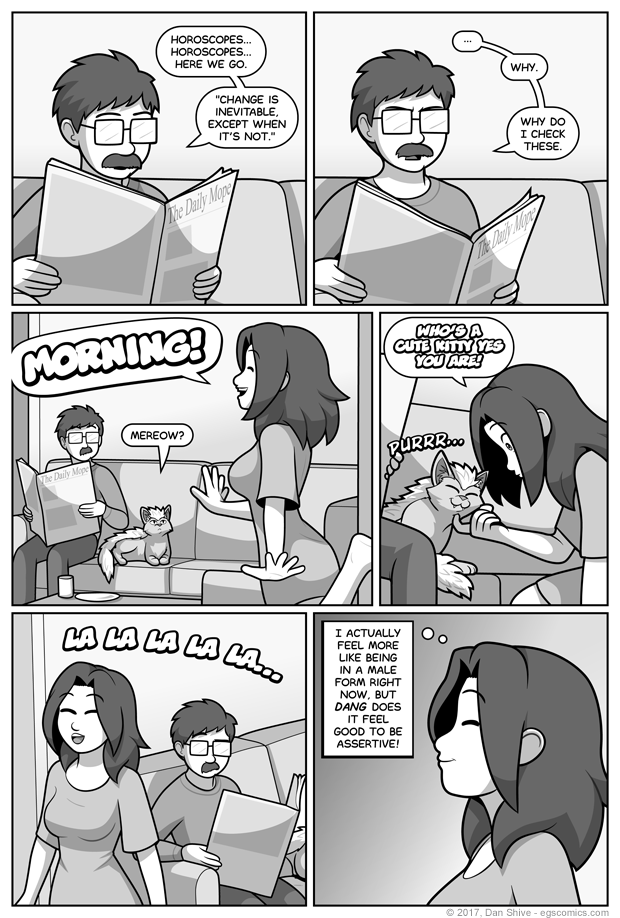 Panel four's dialogue may or may not actually have anything to do with Tedd brazenly acting "girly". Really, that's just how you talk to cats.

I considered all sorts of things to put into Mr. Verres's horoscope that would function as foreshadowing, but I decided anything I put there would be way too on the nose, so y'all get gibberish.

Unless it's not gibberish.

But it's probably gibberish.