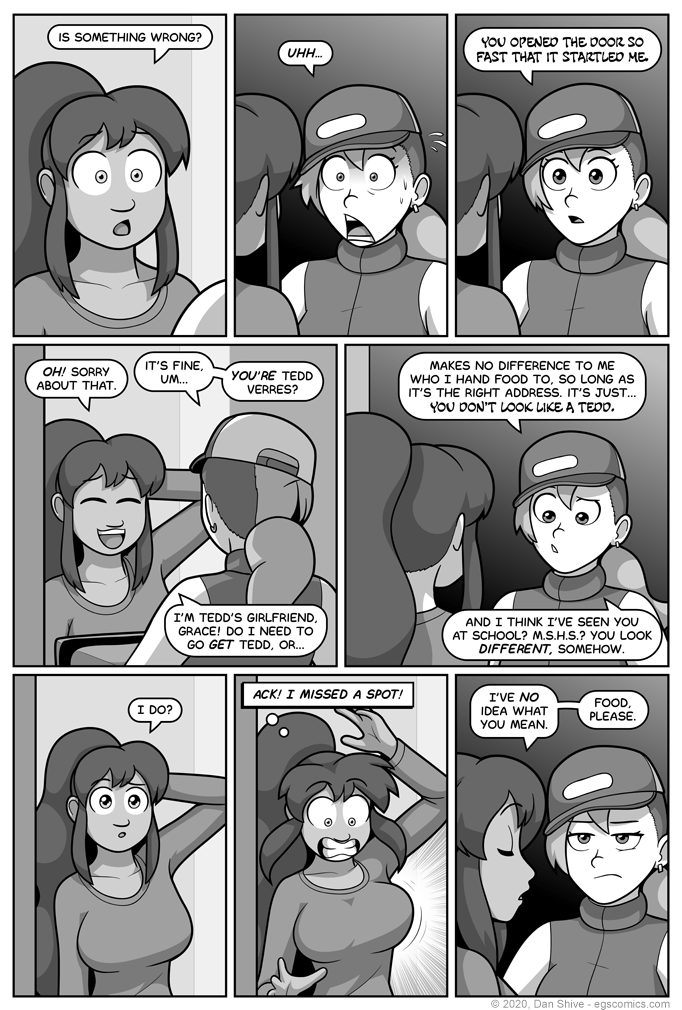 - Past appearance in The Legend of Diane

Grace had no idea she wasn't entirely back in her normal human form confirmed.

And now, confession time: Like Sam, this design wasn't originally intended for a recurring character. I really liked the design, however, and every design I had been considering for this character was SO BORING that I leapt on going back to this design when the option occurred to me.

This may make one wonder, however: Is there any conflict with her initial characterization in which she claimed to perpetuate rumors about Diane because it was fun?