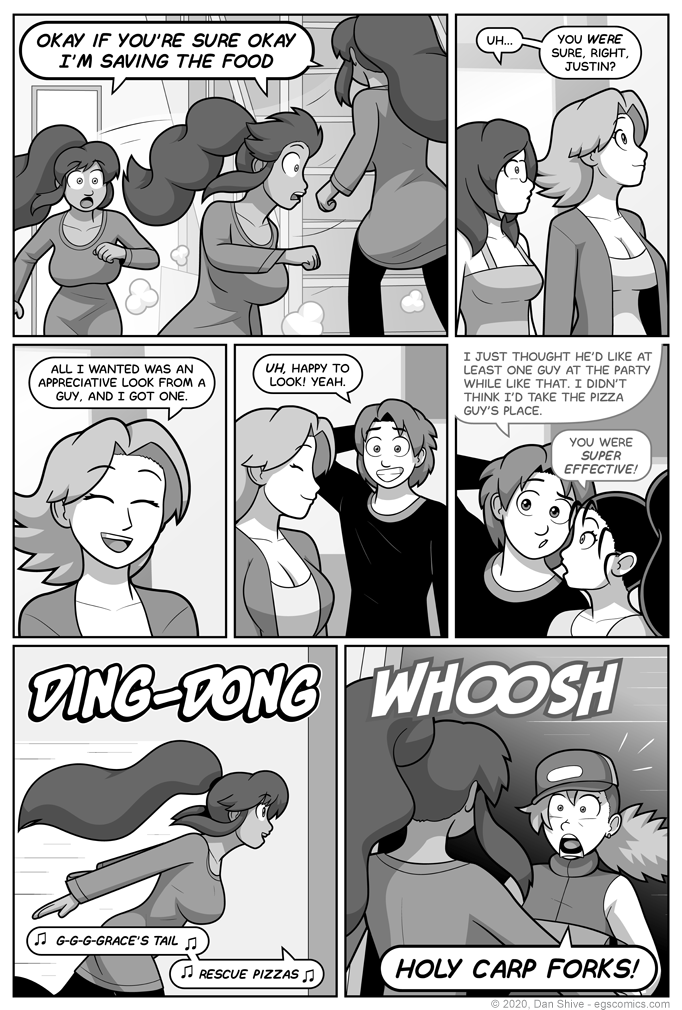 My intent when Elliot whispered to Ashley was Elliot letting Ashley know he was going to transform, and why, though that is, of course, authorial intent, and y'all can fill in that blank however you like.

Grace is singing to the Rescue Ranger's theme, which took me longer to sort out than I thought it would. Trying to sound like "Ch-Ch-Ch-Chip n' Dale", I thought "Gr-Gr-Gr-Grace The Squirrel" might work, but I struggled to say it out loud. After some trial and error, I settled on what's in-comic.