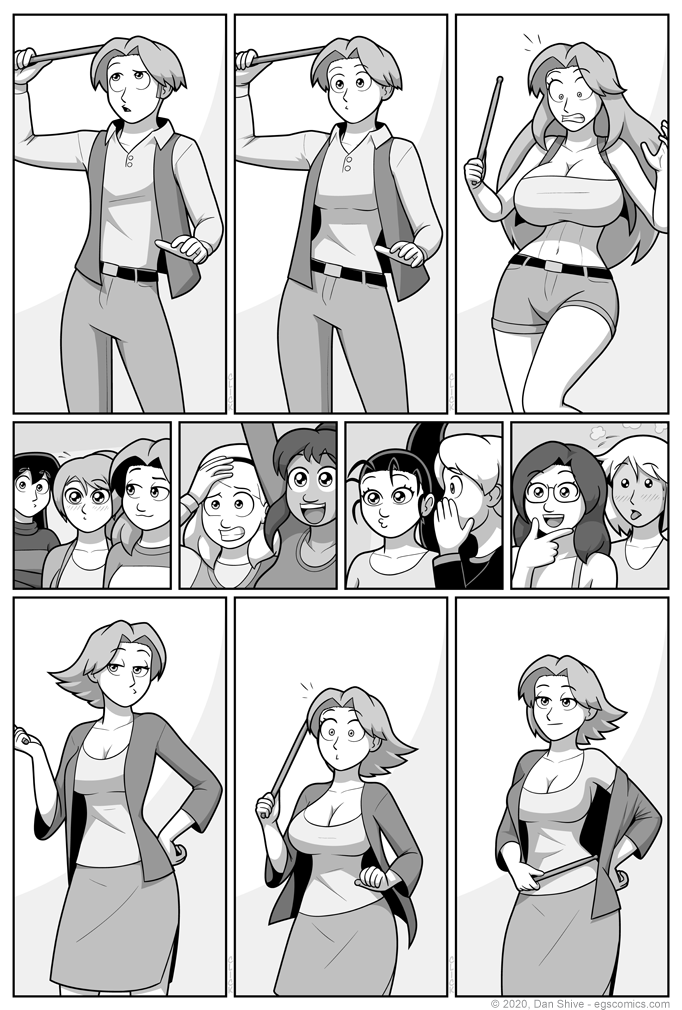 I really wasn't sure how many variations of Justin I was going to show. What ultimately decided it was settling on what I wanted to communicate, which was a transition between Justin's starting point and  where he ended up.

The hairstyle is a mix of me wanting to keep Justin recognizable as Justin, and my saying "screw the rules, I watch anime". I think trying too hard to be realistic with hair in my style tends to get lackluster results (with some exceptions), so BAM.

What direction would Justin's hair go on a figurine? Who knows! GOOD LUCK, SCULPTORS!