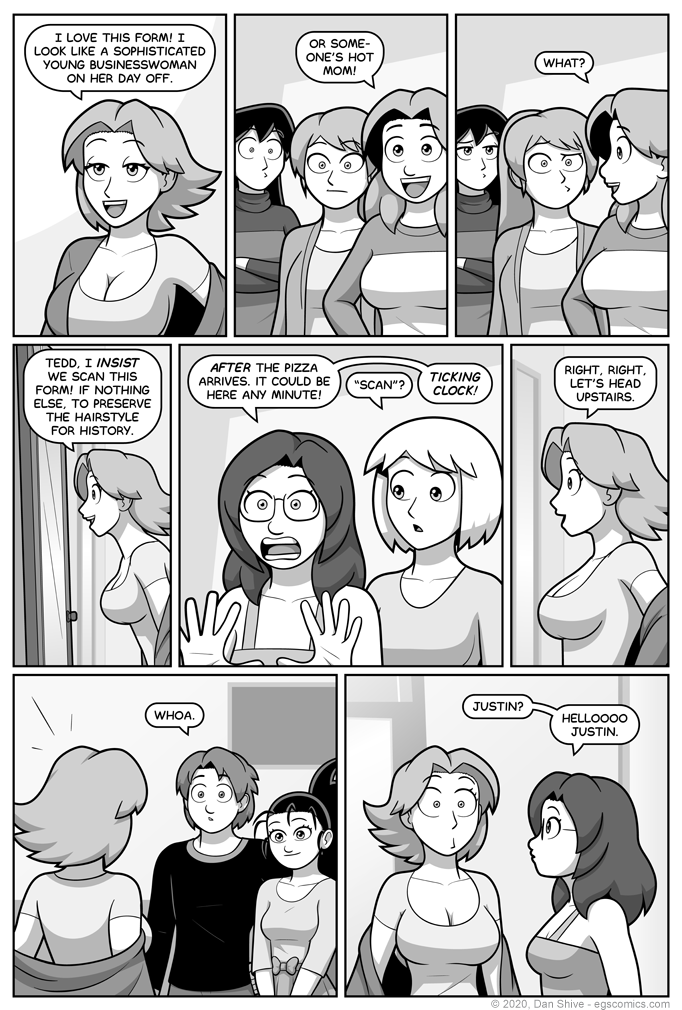 I 100% blame popular culture for a thought similar to Ellen's popping into my mind while working on the previous page.

I 100% blame myself, however, for that stray thought winding up in the comic itself.

Speaking of the previous page, height shifting resulted in speculation about the heights of the characters and average heights in general. In EGS, it's common for characters to be around what I understood to be average height, and there tends to not be too many very tall characters.

The former is because I find it handy to have the average as a rule of thumb (make matching, or taller or shorter relative to it depending on design intent), and the latter because it makes panel composition more difficult the greater the difference in height between two characters.

The thing is, I say "understood" because it's past tense. The comic started in 2002, and even then I was using averages from a few years prior. On average, at least in the US, people are getting taller. Characters previously of average height are now slightly, or even noticeably, below average, and that difference is likely to get more significant over time.

Granted, "average height" doesn't mean "most people are this height". It's just the height you get when you smash all the height data into a blender and divide by however many heights counted. Nonetheless, when you consider how heights are increasing, and I only have a few "very" tall characters, I suppose it is far to say my characters are relatively short by modern standards.