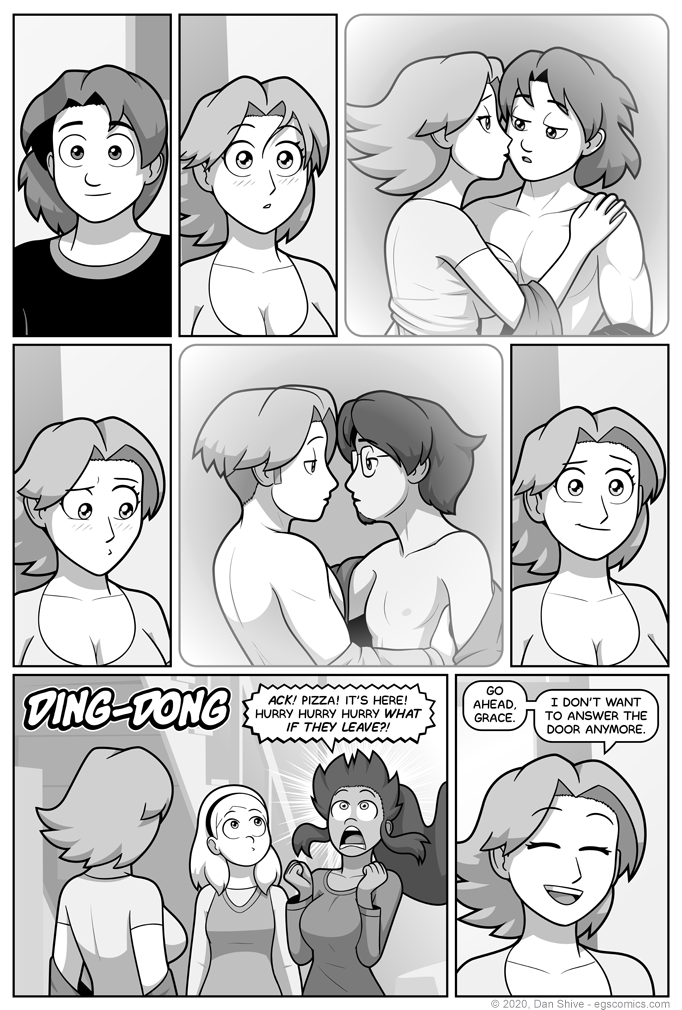 For whatever reason, I fretted over the composition of the second-to-last panel.

Well, not for whatever reason. I wanted a sort of wide shot, and in my head, it was this big massive deal that showed everyone in the basement. When I finally got it sorted, it was like "just show those three. It's fine, and you can see Grace's face clearly".

My mind has a possibly paradoxical separation of lust and romance. It's not always paradoxical, sometimes it makes perfect sense, but it almost resulted in panel three of this comic being as-is, and panel five looking like a couple of close, but platonic, guy pals.

Some part of my brain aware of this nonsense spoke up, and panel five as is was the result.