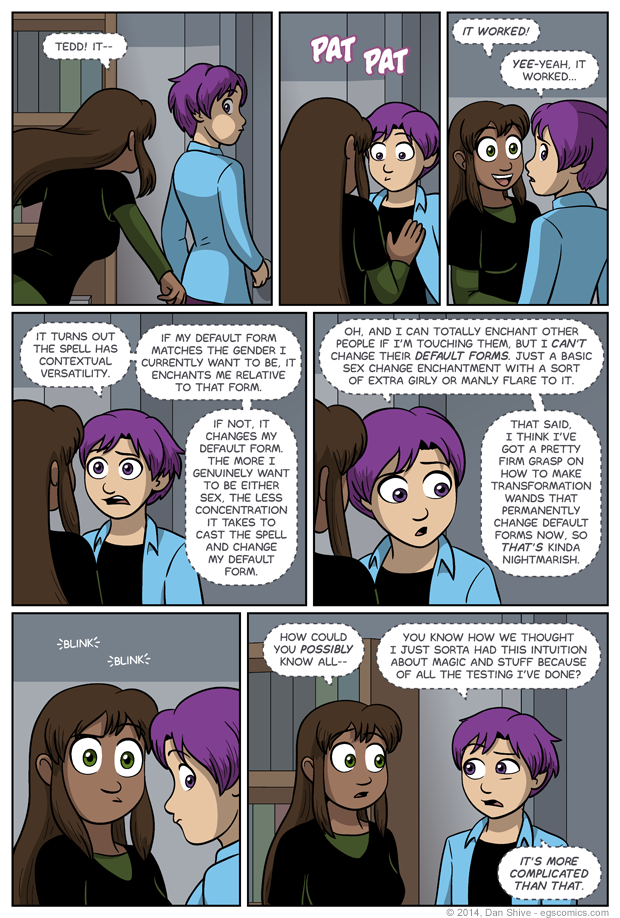 A very common question after the previous comic was "did Tedd actually manage to change back?" I read several opinions strongly arguing that he either had or she hadn't, and all I could do was laugh maniacally because that was exactly what I was going for.

Or, put more accurately, I realized it was going to be the case while creating the comic and decided to embrace it rather than try to make the results more obvious.

I'm just going to go ahead and give a fairly minor spoiler right here: This conversation isn't going to immediately continue in the next comic. There's a darn good reason that will make a world of sense in retrospect, but I'm just saying it now to minimize how many demonic duck sightings I'll need to employ on Thursday.

In any case, we've been building up to the reveal of this aspect of Tedd for a loooooong time now. I forget exactly how long, but at least since 2006 (glowing Tedd at party) to one degree or another.