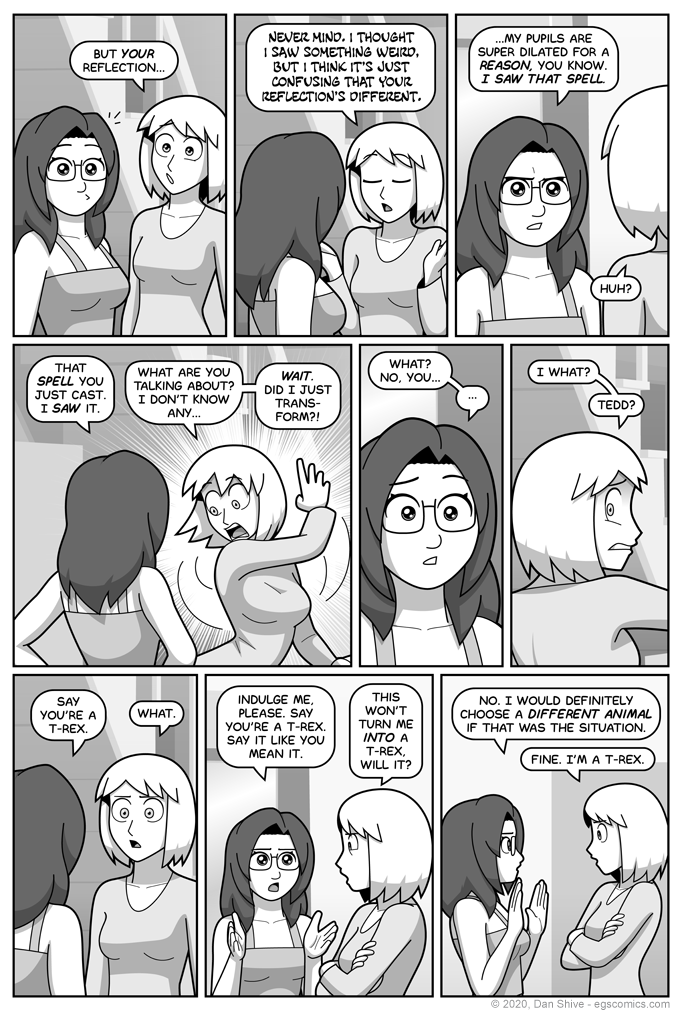 I THOUGHT OF SO MANY DIFFERENT CONVOLUTED WAYS FOR TEDD TO ACTUALLY GET A LOOK AT THIS SPELL BEING USED.

Finally. Tedd's seen it. I can stop thinking of forced situations in which Tedd is "looking" while Diane is saying something that would result in the spell being used. I'd like to think this one happened pretty naturally. There were plenty of possibilities that would not have.

Ye gods, the CONTRIVANCES I thought of...

This page was originally going to have at least two more panels before I was like "wait, I actually have to show these things".

Yeah, the third panel on this page is the note I originally planned to end the previous comic on.