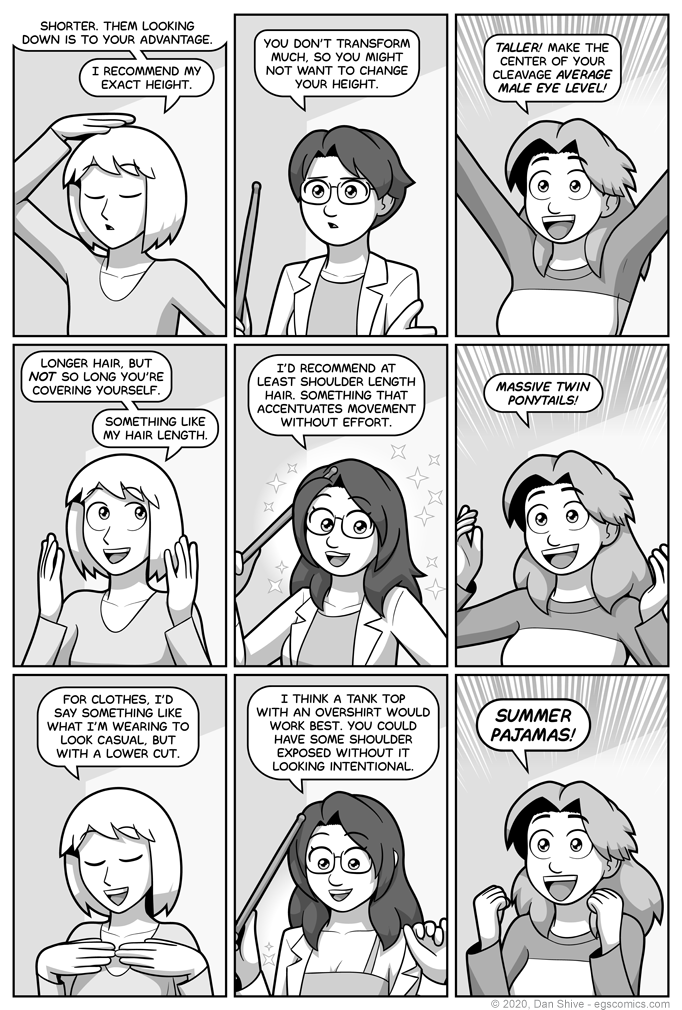 Ellen wants it very clear that she is not suggesting winter pajamas.

This page was SORT OF a late idea? I've been planning a small montage of suggestions since Justin asked for assistance, but I kept prioritizing other things. I was about to effectively do that again in a way that would basically mean there wouldn't be a short montage at all, and I decided NO.

Also, I realized Ellen was free and would naturally be involved, so that was a neat realization.

The latest late idea, however, was Tedd providing visuals. I drew her holding the wand in panel two, and had the inevitable "what if she actually used that" thought. I'm glad I did, because I wasn't in the best of moods going into this, but something about casual morphing happy Tedd cheered me up immensely.