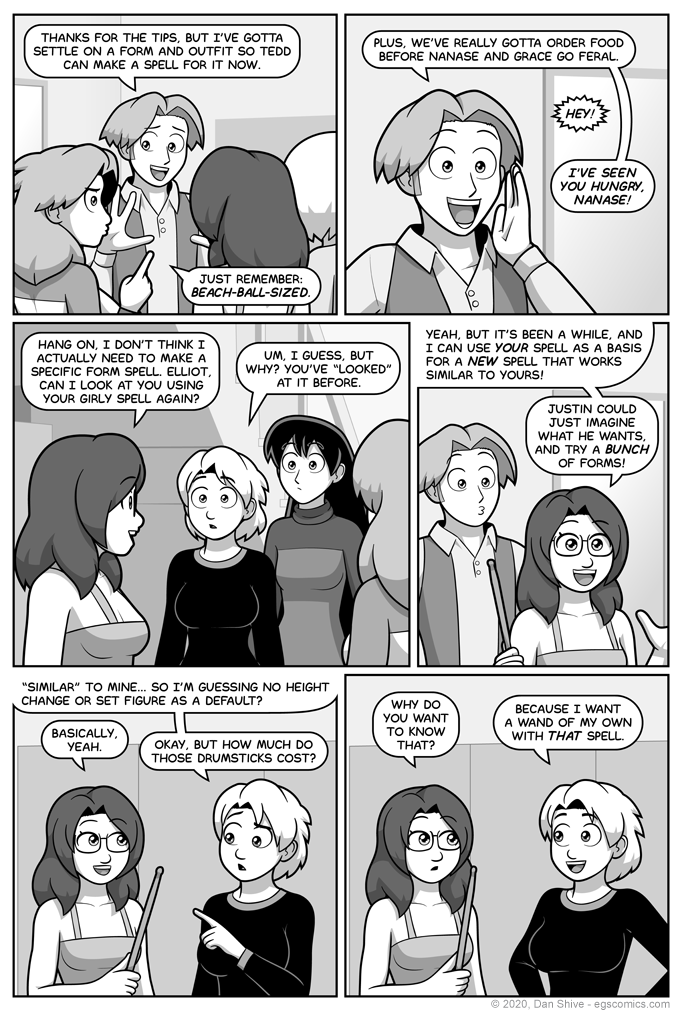 I do think I prefer Tedd not simply having perfect memory of past spells seen. Some spells have similarities that make them easier for her, some are complex and have to be viewed multiple times, some will need to be copied to a wand right away or Tedd might not get them right...

It's all very convenient for writing--I mean, all very logical.

I also like the idea of wizards potentially getting out of practice, and having to develop an understanding of the spells they've observed to really use them well. There being actual effort and skill involved is a plus in my mind, as opposed to "score. I've seen a spell. That's it. I'm done."

With all the spells flying around, the point of basing one off of Elliot's might fairly elude someone, but it's mostly the flexibility of Elliot's particular spell. As Tedd suggests, this should make it possible for Justin to try out forms instead of describing something for Tedd to turn into a specific "Justin trying to wow a pizza guy" spell.