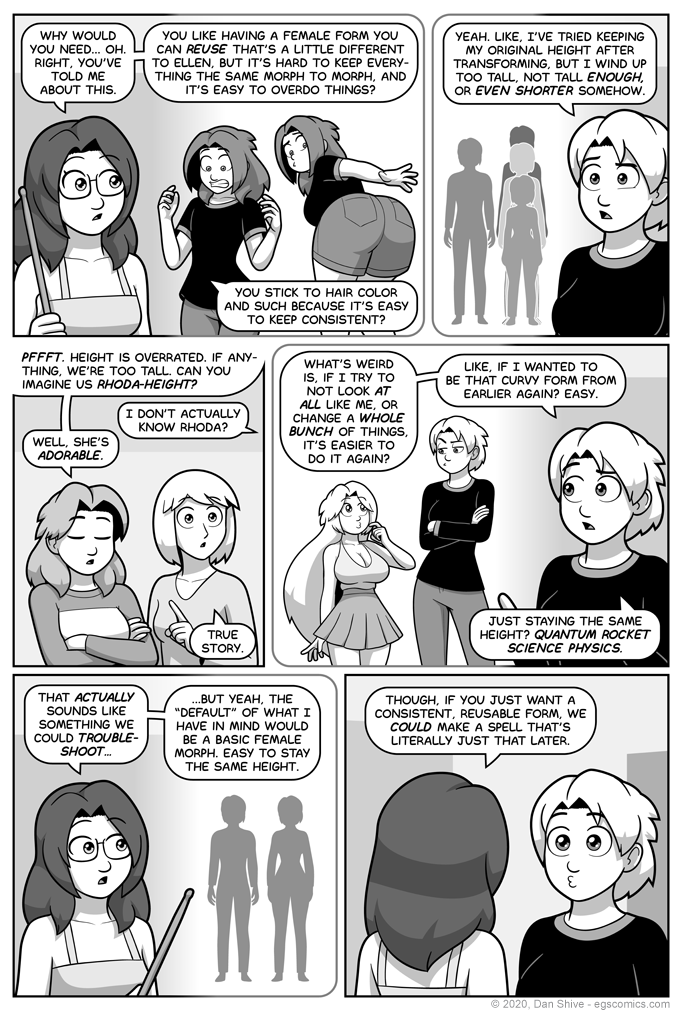 - Previously mentioned back in storyline in which Elliot met Ashley (and not where my memory told me it was mentioned, so thank you person who reminded me when it actually was mentioned)

Firstly, this comic was delayed, and I really want to thank everyone for how understanding and supportive  they've been about that. It means a lot to me.

Secondly, OH YE GODS I HAD TROUBLE WRITING THIS ONE.

The first draft of this had to be entirely scrapped, in part because it was written as though Tedd wasn't already aware of Elliot's reason, which, of course, she is. Her memory needed a swift kick, but not much of one. More of a light nudge, really.

The big thing, though, was just that wording everything was weirdly tricky. That second dialogue balloon in the first panel got revised a LOT, and I was still making adjustments to it towards the end.

Anyway, it's written. It'd done. Now I can have all sorts of hindsight about it. YAY!

Meanwhile, panel three exists because I felt I couldn't heavily imply Elliot would like to stay the same height while transformed without addressing Ellen's feelings on the subject, and I decided that Ellen would, naturally, admire Rhoda's smallness.

I'm not sure whether Ellen is starting to admire too many people, or if she's not admiring ENOUGH people. I'll sort it out as I go.