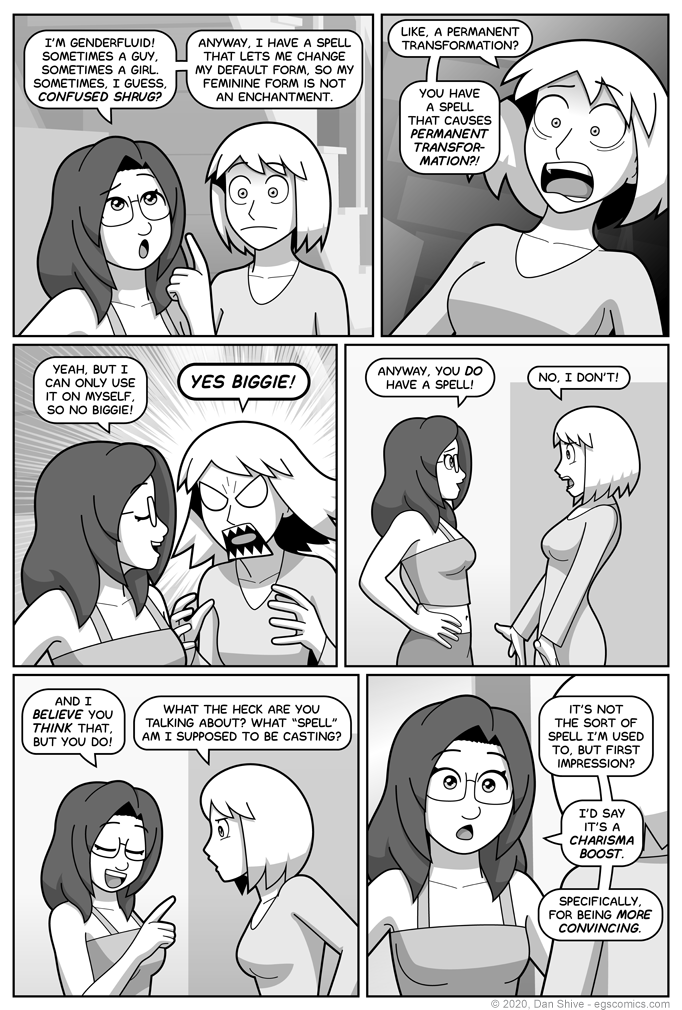 There's a Venn diagram of knowledge that would have made this easy for someone to predict.

First circle: Awareness that Diane's text sometimes went a bit odd at times, and one of these instances involved convincing an entire cafeteria of people of something.

Admittedly, I made it more difficult to be within this first circle of knowledge than it should've been, which I will be poking fun at soon enough.

Second circle: Awareness that I, the author, am a big fan of roleplaying games.

Third circle: Familiarity with Charisma checks in those games. In particular, speech checks in which your character tries to say the right thing in the right way to get an outcome they desire.

By those three circles combined, one could reasonably hypothesize that the spell was basically...

...A bonus to speech checks.

It's nerdy as a pocket protector.