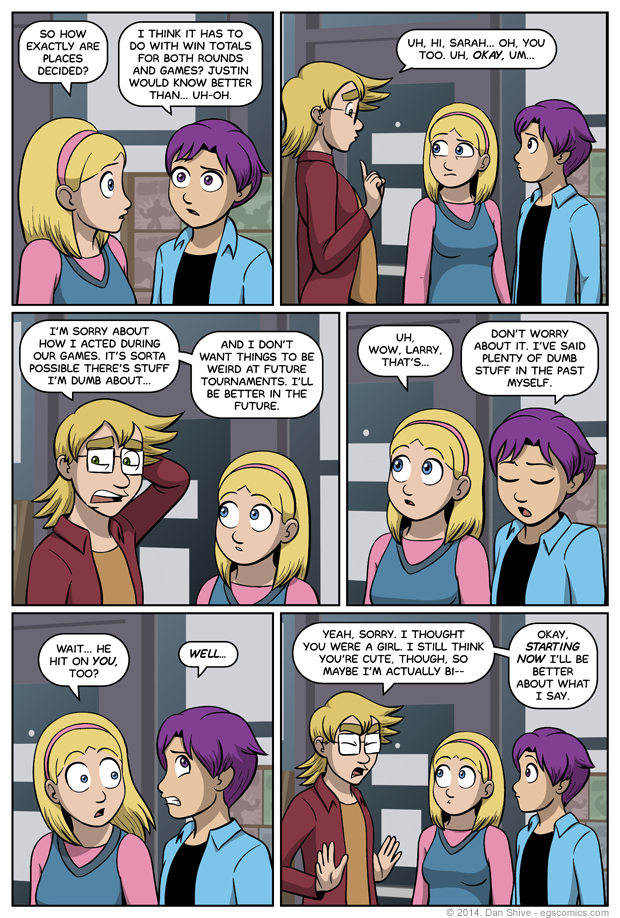 You sure have, Tedd! And now for a couple handy Larry references...

Holy carp. When I decided to gather up Larry reference links, I somehow did not expect a list so epic. It's like Larry's Odyssey over here.

I have no plans to do a breakdown of the points people earned in the tournament. The results are the results, and they differ from how they would be in a real life tournament. For example, I've been told that Sarah would technically have been in fifth place in real life as a result of Luke and Tedd's tie. That's a fun fact. Changes nothing 'round these parts, however.