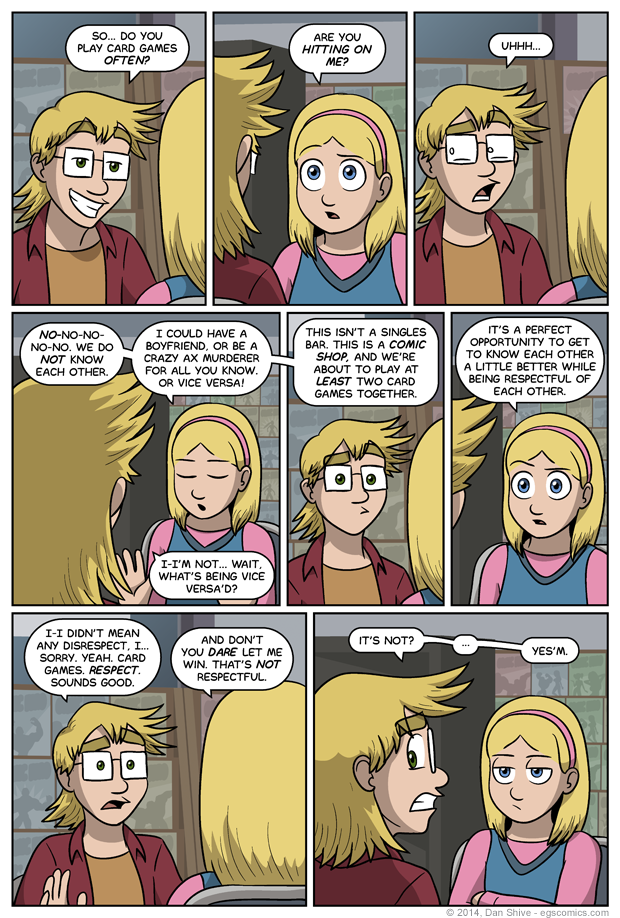 - Getting to know someone
- Tedd Vs Larry
- Letting Tedd win

AAAA Too much blonde the comic's gone Super Saiyan...!

For the record, Sarah is "vice versa'ing" the possibility that Larry could be a crazed individual with a fondness of axes instead of her. It's the sort of thing I wrote, realized it could be confusing, then had another character express confusion instead of trying to make it clearer. Editing at its finest!