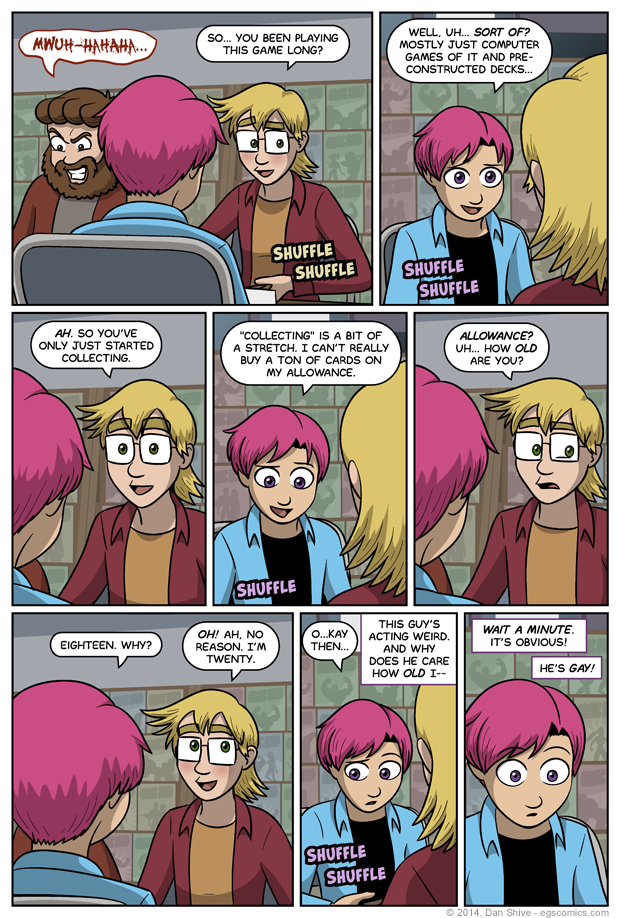 - Swing and a miss, Tedd. In theory, anyway.

Also, a friendly reminder that Susan is the youngest of the main characters, which seems strange to me for reasons that aren't entirely logical.

I very nearly went straight to this comic without having the previous comic with the round one pairings summary first. It seemed like some sort of transition was needed, however, and I didn't want to cram it into this comic, so it became a thing. I consider the fact that it means nobody need be distracted by the question of who's playing against who an added bonus.

It still looked cooler in my head, though. A good suggestion was somewhere between triangles and rectangles instead of rectangles, which I think would still technically be rectangles, but ones that are trying to be cool like their triangle cousins? There's probably a proper word for it, but I like my explanation better.