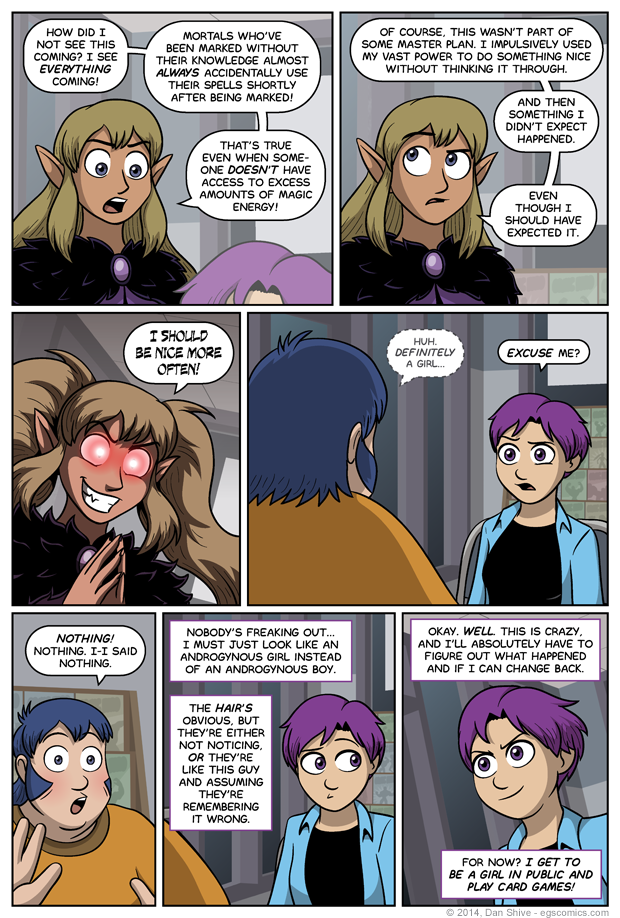 Nothing will interrupt the playing of card games. NOTHING!

There's actually something pretty darn significant about what Pandora's done here, but I can't say what. as that would be spoilers. On the other hand, I'm going to get people asking me for spoilers instead of waiting for future comics if I don't say something, so I'd better reveal something super significant... HM...

I KNOW! Rich's hair is blue. Some people associate blue with leadership (clearly because of Leonardo of The Teenage Mutant Ninja Turtles), and his name supposedly means "powerful leader". This was totally (not even a little bit) on purpose, and proves that I am super lucky clever!