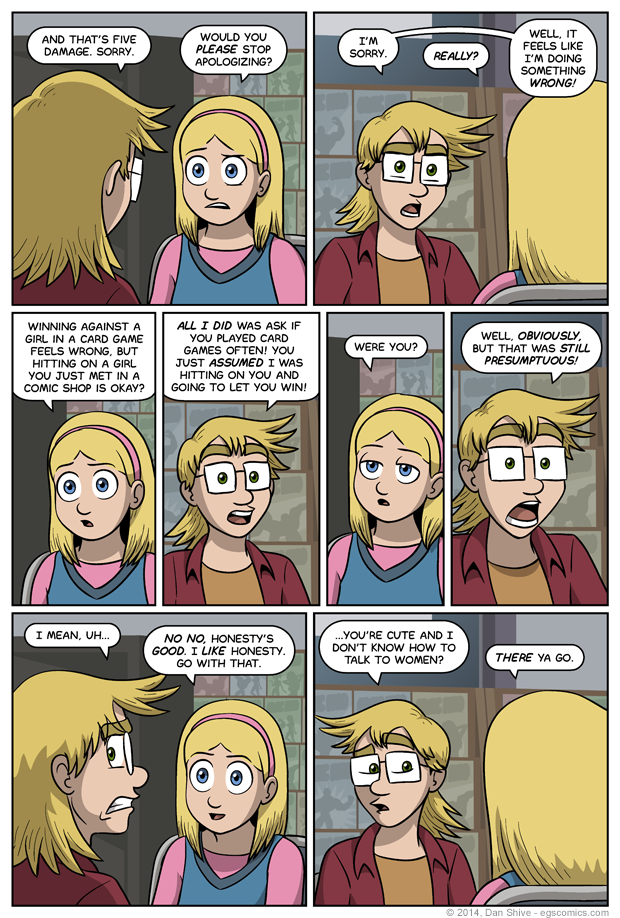 - When last we saw Sarah and Larry

I initially miswrote "Larry" as "Larah". This amuses me.

The footage has been mysteriously lost, but I recorded myself acting out the dialogue in this comic to help with the expressions. It's probably the only thing that kept Larry from making angrier looking faces, which really wasn't what I was going for. I wanted more "Larry protest" and less "Larry smash".