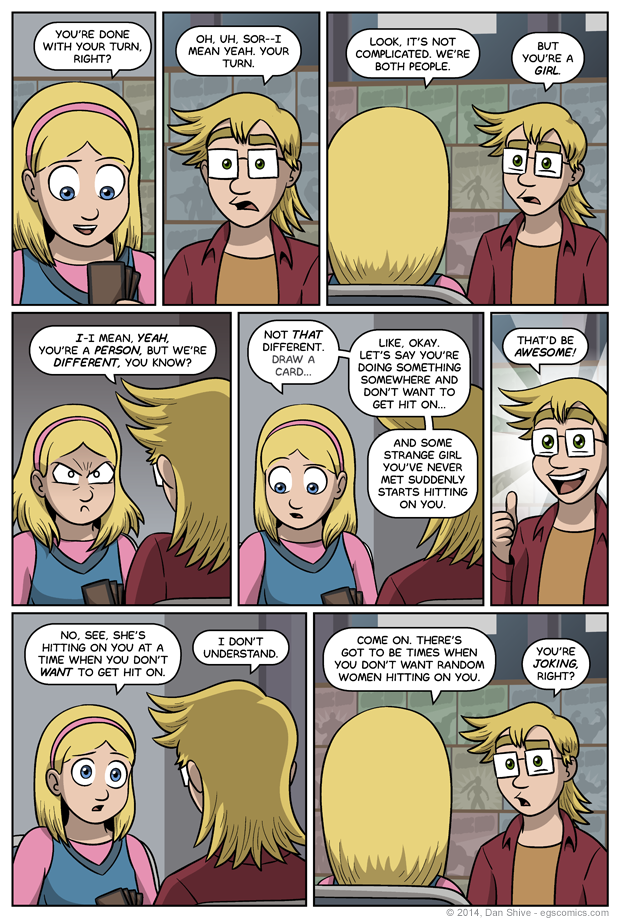 Larry basically stole the script from me as of panel six. Sarah finished talking in panel five, and that was Larry's response. There was no stopping it.

Come to think of it, it might be a combination of those things.

Here's a fun fact, however: I originally made Sarah's eyes all black in panel four, similar to in this comic. It didn't quite work, however, so I changed them to what's there now. Exciting behind the scenes stuff, I know.