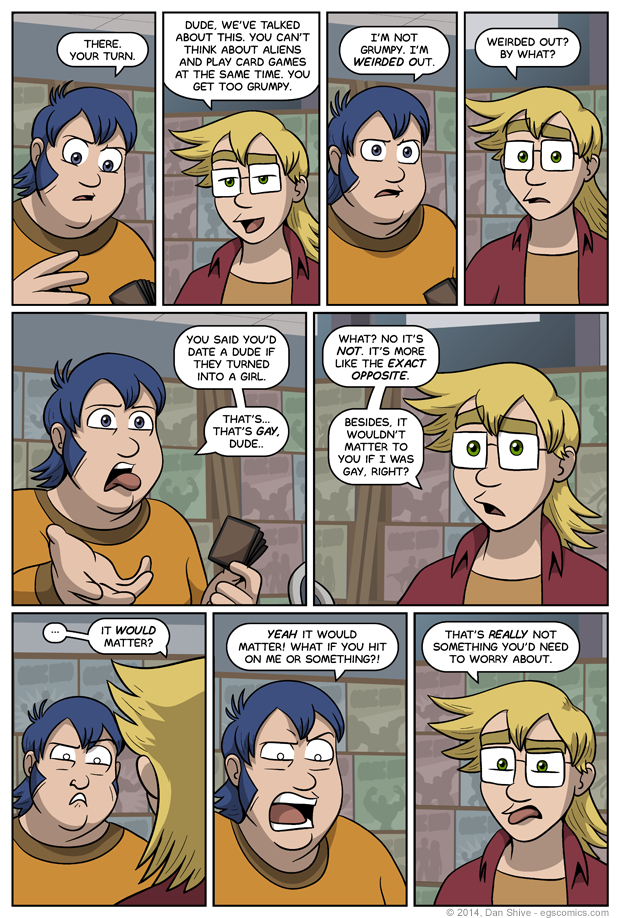 It somehow didn't occur to me until I actually started drawing this comic how autobiographical the darn thing was. I believe I've mentioned this before, but in Junior High, I was perfectly okay with homosexuality (to the point of not even getting why it was an issue, like, at all) and tried to use logic to argue that there was nothing wrong with it. This resulted in certain people, including one friend in particular, thinking that I was most likely gay. Nothing direct was said of it, but we did grow distant for while, and it was confirmed later on that that was the issue.

What's going on in this comic isn't exactly like that, but it sure does remind me of it.