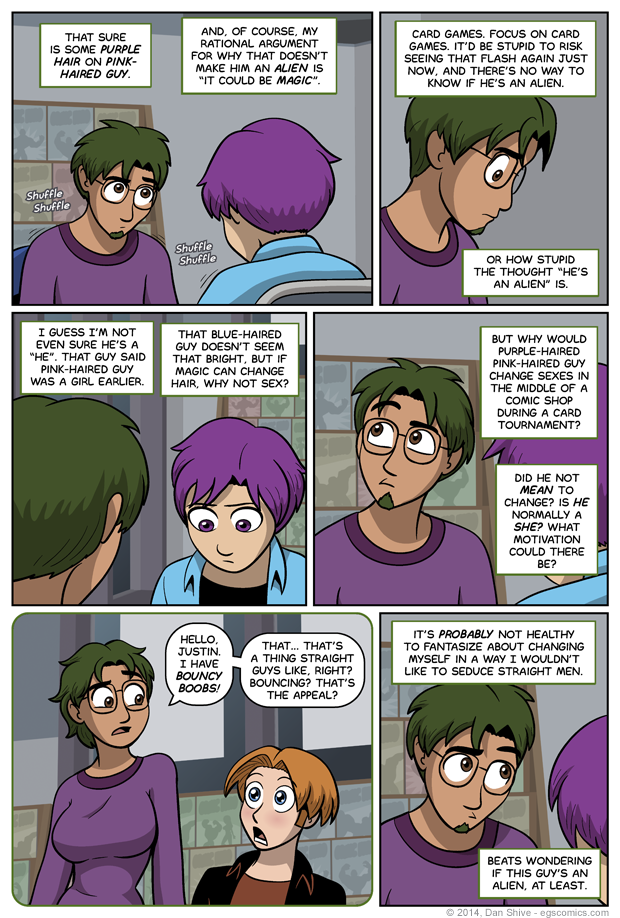 It's entirely possible that panel five is based on actual conversations I've had with someone who was unclear of what the appeal of the female form is to heterosexual men.

*Runs away again. Runs back*