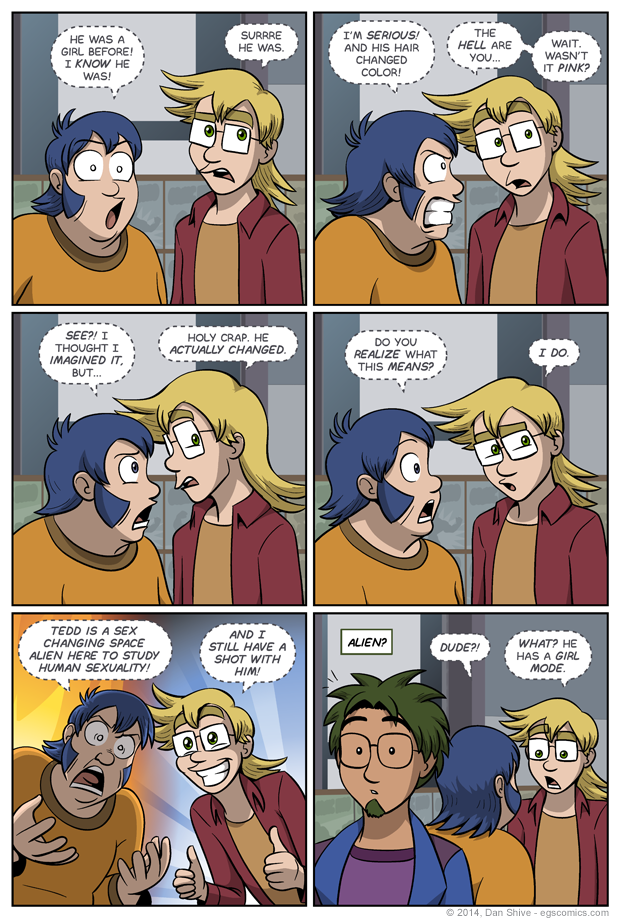 - Back to their roots
- Seriously, Rich is concerned with aliens
- He did notice

Well, it's about TIME something like this happened! (George overhearing doesn't count. He barely heard anything.)

Larry really didn't need much evidence to accept the "Tedd's an alien" theory, did he? It's not that strange, really. Rich and Larry have more in common than ineptitude with talking with women, after all. They believe the truth is totally out there all over the place, and that truth is aliens because shut up what else could it be? Can't think of a better explanation? WELL THAT PROVES IT.