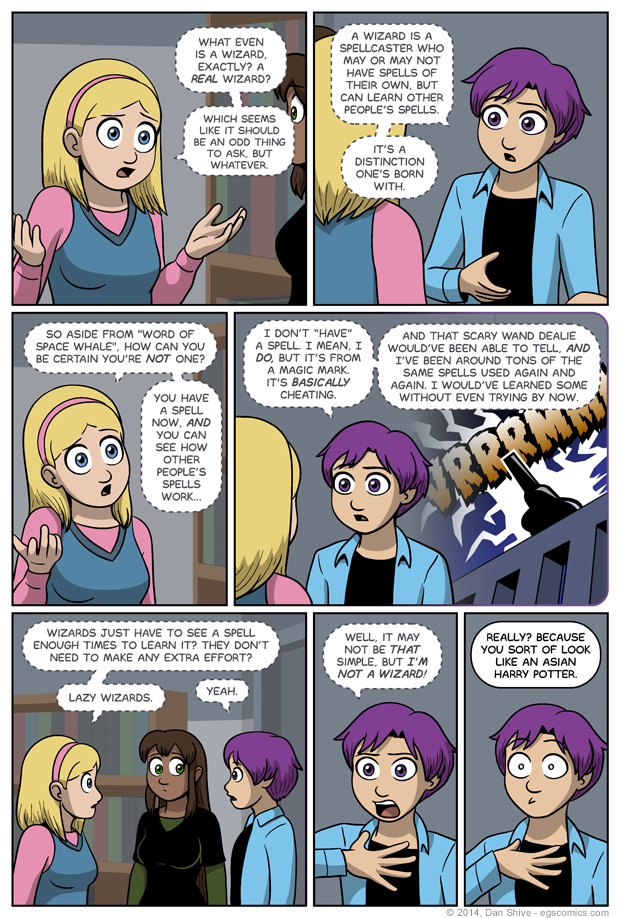 I'm sure no one will be able to guess who just unleashed that snarky remark.

Sarah was there for the original "wizard" explanation, but it was quickly said by Tedd's dad and was months ago LEAVE SARAH ALONE!

I can't recall if I ever clarified if wizards got spells of their own and it really wouldn't surprise me if I've gone back and forth on it, but my official stance is a solid "it varies". Some do, some don't. I'm pretty sure Raven has at least one spell that's all his own.

Note: Feeling a lot better about the shedule and making of sketchbooks now! I've concluded the real issue was that I haven't modified my work habits enough to reflect the increased workload, which one kinda sorta has to do. No one to blame but myself, but I think I've got it sorted out and am eager to make all sorts of sketchbooks and comics! :D