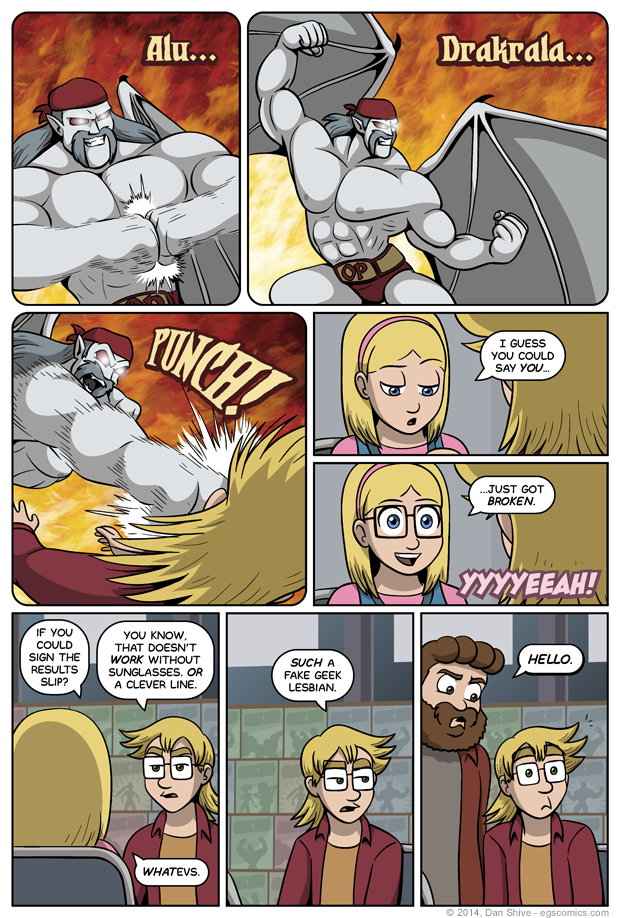 I had a ton of fun with Aludrakrala's poses in this comic.

And for anyone who doesn't get the reference in panel five, it's referencing CSI Miami and the tendency of the primary protagonist to say something arguably witty while putting on sunglasses for emphasis right before the opening credits start. Granted, I'm not sure what's actually being screamed at the start of those credits, but it's fine if it's not "yeah". It's not like those are sunglasses (let alone real glasses).