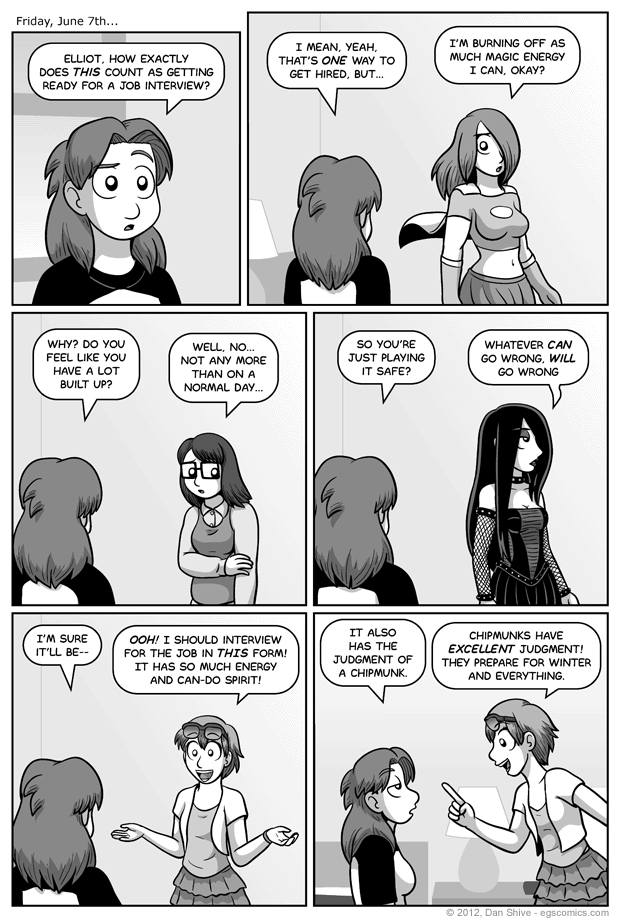 One of the stranger things about drawing a comic with a lot of shapeshifting is that even a scene with only two characters (or even just one) can involve five different character models.

I'm not certain if chipmunks have generally good judgement or not, to be honest. Sure, you could dump them into a situation requiring knowledge common to humans and stump them, but such matters rarely concern them.

As such, I suppose "judgement of a chipmunk" isn't quite as insulting towards chipmunks as it could be. Yes, it is implied that one's judgement is ill-suited to one or more things relating to humans, but that's to be expected and nothing to be ashamed of. The more insulting aspect of it is the singling out of the chipmunks. Surely a peacock's judgement is no better for such matters, nor a wombat's.

I guess the end result is still pretty insulting, isn't it? My apologies to any chipmunks who might be reading this.