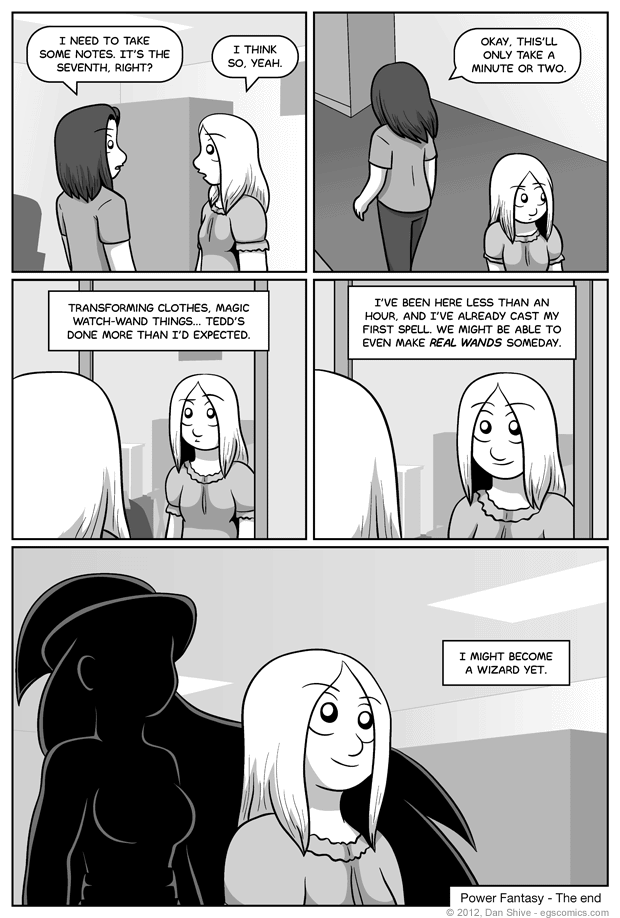 We're not done with Sarah's start as Tedd's assistant. Heck, we're not even done with her first day, particularly not after that mention of Nanase's visit.

One of my goals with these summer anthology storylines, however, is shorter storylines and shifting focus as I feel appropriate. We've got two more "hirings" to deal with, after all. Trying out the watch was effectively Sarah's job interview. How will Elliot and Grace do?

I find myself unable to remember if I drew Wizard Sarah's silhouette to proper scale in this comic... I THINK I did, but my doubt is the result of me briefly considering exaggerating it at one point, but I think that was when I was considering a different angle. In any case, as I've previously mentioned, the Wizard Sarah persona is nine inches taller (6'0") than regular Sarah (5'3") and would be eye-to-eye with Justin.

I'm not sure if that means anything beyond my liking epic fights with giant opponents in video games, but I'm sure it's fuel for someone to make bizarre claims about my psychological profile (as though they didn't have enough fuel already).