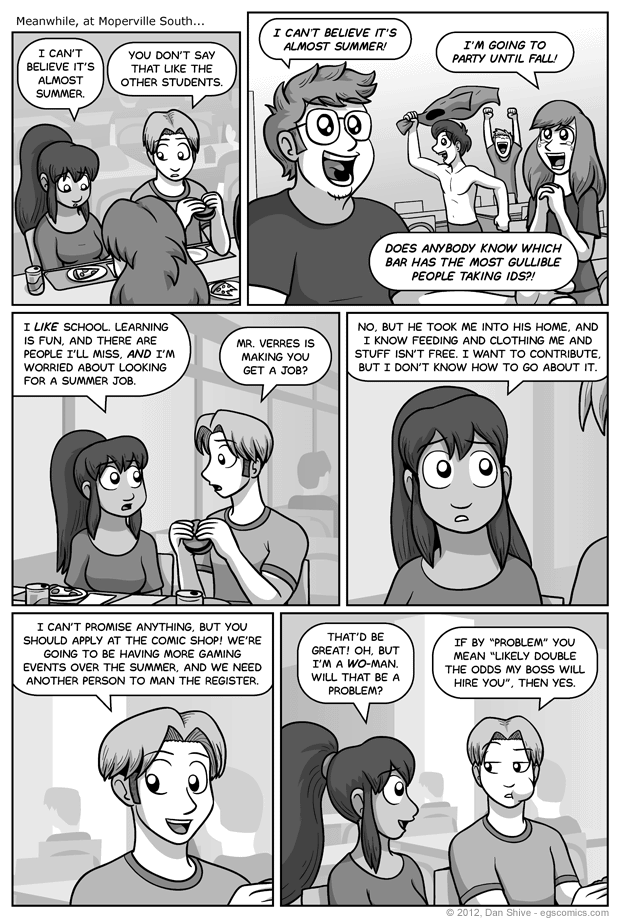 This is where we first really get into the setup for why Summer will have an anthology feel to it. If nothing else, there are going to be several short stories that are related, but ultimately separate, AND taking place at the same time. That "taking place at the same time" part shouldn't be all that confusing, and I intend to have some fun with it.

Anyway, the most truly shocking part of this comic is that Justin has sideburns! *GASP* This change in his personal style was decided pretty much while I sketched this, and I like the way it looks. I'd never been entirely certain where the hairline was right by his ears, so I guess I basically just decided to stop wondering and make it clear as day.

I ALMOST also gave him a soul patch, but decided that the incredible shock of sideburns would already be a bit much. Besides, it's facial hair. If he wants to grow one later, I'm sure he has the power within him to do so.