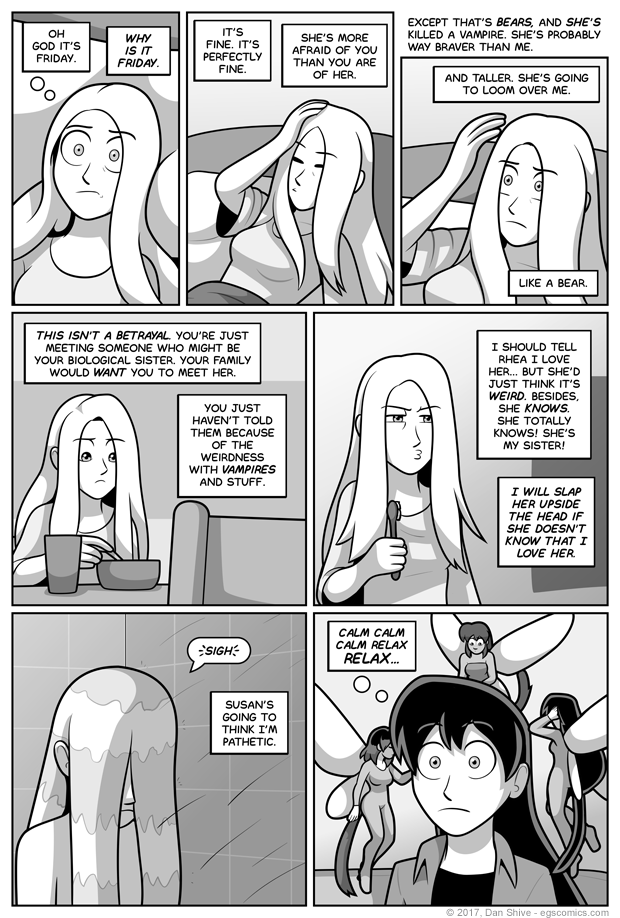 I'm sort of cheating here by having Diane already know that Susan killed a vampire. On-panel, she's specifically been told that Susan was targeted, and that Nanase helped kill one. Even with that information, and knowing that Susan has magic weapons vampires are weak to, it's a bit of a conclusion jump to know with certainty that Susan killed one.

Granted, she could be conclusion jumping anyway, but it's just as likely Diane confirmed that Susan was involved in actually killing the vampire. It's basically a non-issue, but it's the sort of thing someone could nitpick, so I'm pre-emptively counter-nitpicking.