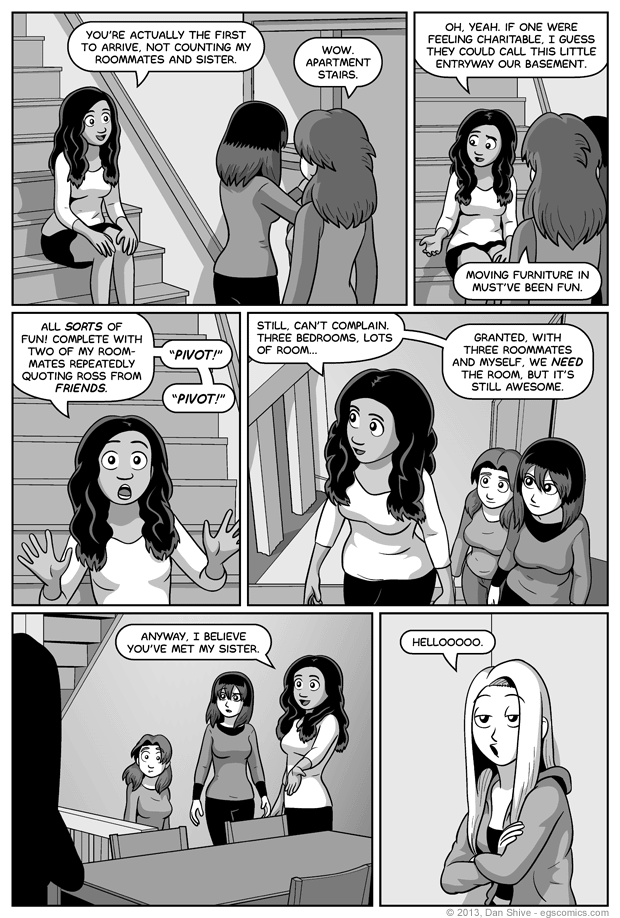 Yeah, I know. This was super predictable. From the first moment you all saw Rhea, you all collectively knew she was Diane's sister. You all thought "Rhea Perlman played Carla on Cheers, and she worked with a character named Diane. There's no room for doubt!"

Sure, some of you of gave in to denial, or assured yourselves that there was some twist, that no, it couldn't be this obvious! Alas, it's true. Rhea is Diane's sister. My apologies for not throwing more of a curve ball.

I've mentioned that the layout of this apartment is inspired by one I've actually been in, and the small entryway with a closet and stairs is consistent with the apartment of my memory. What's more, I both helped a friend move into that apartment, and later helped them move out. It was... interesting.

That bit about quoting Ross from Friends saying "pivot" is also inspired by reality, the quote being in reference to an episode where they try (and fail) to get a sofa up a flight of stairs. I actually found it amusing, though I'm pretty sure one of my other friends tired of it rather quickly.