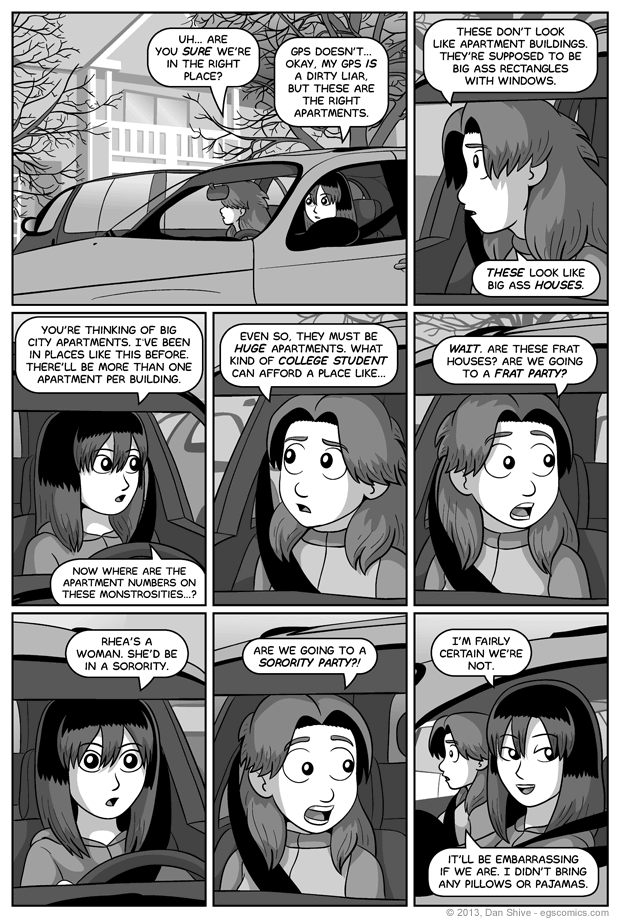 For much of my young life, I had a certain image in my mind on what was and wasn't an apartment building. Most of the apartments I saw either fit ye olde "big rectangles" design, or were just the interiors of apartments I witnessed on television. I guess they'd had establishing shots, but those were also of windowed rectangles.

I've been in several apartments by this point, however, and I've found that pretty much any building could potentially be an apartment building. They're like ninjas, only instead of throwing shurikens, they're buildings that have rooms the rent. I've seen a few apartments that look more like houses to me, and the apartments in this storyline are inspired by ones I've actually been in before.