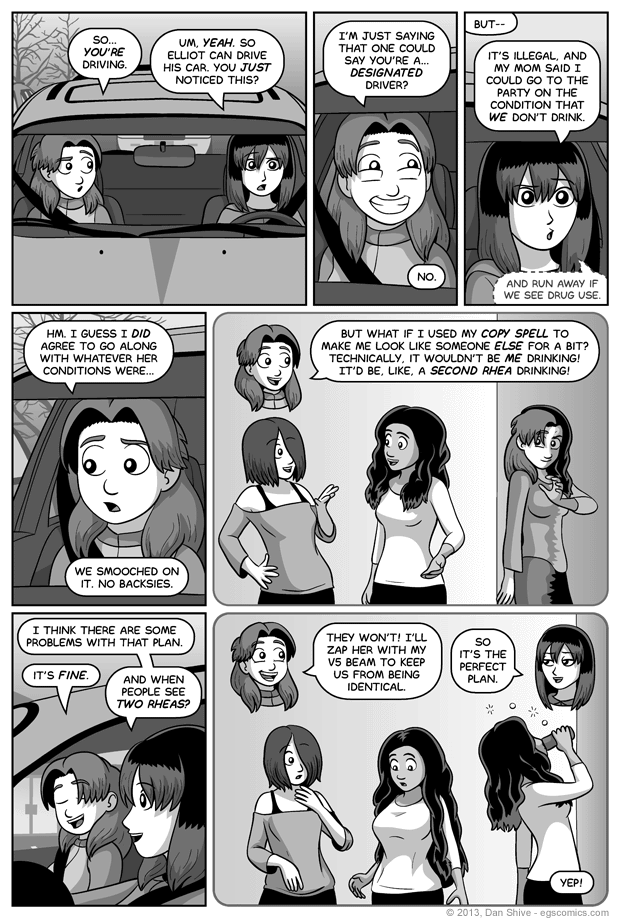 Don't worry, Ellen's just joking around in the last three panels! I think.

Given the spread of American television and movies in other countries and the fact that it's a fun bit of trivia, I assume that it's common knowledge in other countries that the legal drinking age for alcohol in the United States is 21. Given that people from all over the world read this comic and assumptions make asses of you and me, however, I'm pointing it out anyway.

This comic isn't trying to make a statement about alcohol beyond "this is how these characters would react given this situation." That said, I've been the designated driver at a few parties. I've witnessed that tipping point where people go past having fun and are basically just horribly sick a few times, and I've dealt with the awkwardness at the midpoints where people's behavior can change in both subtle and alarming ways.

At the very least, a bit of moderation seems like a good idea. I'm not going to say "oh noes drinking is the devil", but I don't think anybody wants to have to shampoo carpets while dealing with a hangover.