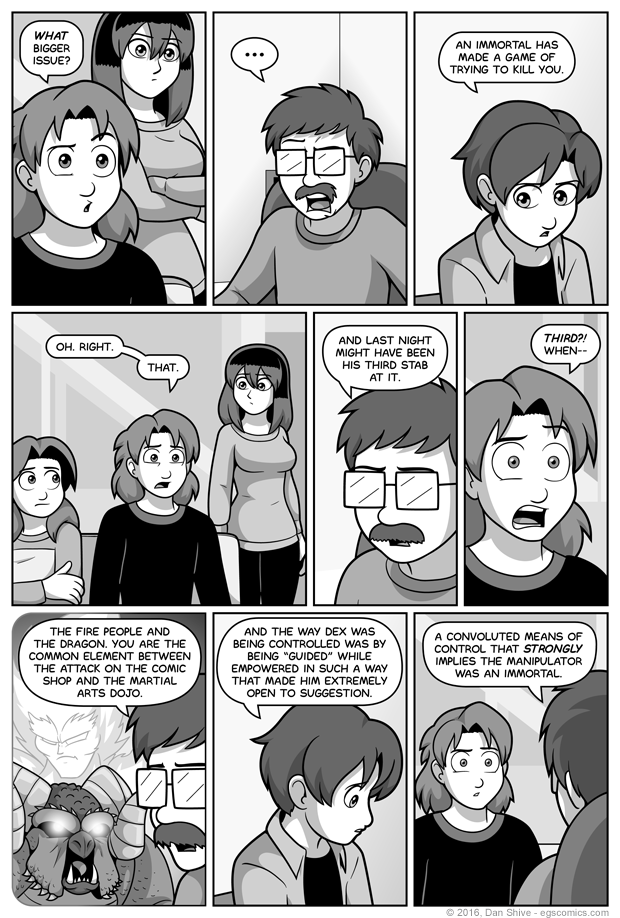 - Attack on comic shop
- Attack on Dojo
- "Now?"
- Deductions about how Dex was controlled

That IS a pretty big detail to not focus on. On the plus side, Elliot, you actually managed to make Mr. Verres speechless. It only lasted one panel, but still.

This is not a conclusion Elliot and his band of hooligans reached back during New And Old Flames, but they've had over half a year to sort this out. Also, Mr. Verres probably realized an immortal was involved pretty quickly, but he didn't provide exposition about it, so it didn't count.