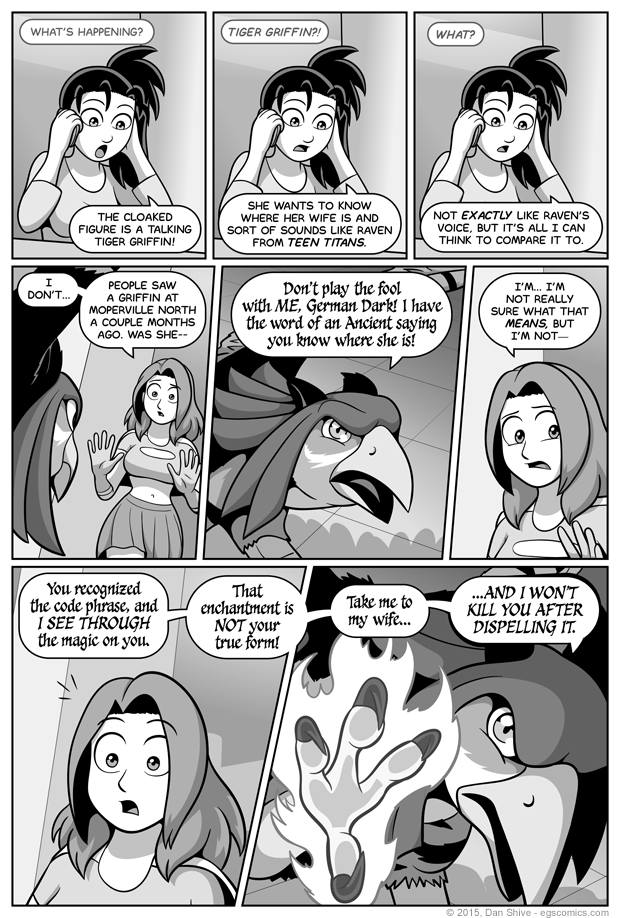 "The original Teen Titans cartoon, I mean. I think she sounds a little different in Teen Titans Go? Anyway, so sort of like a woman with a deeper voice than Tara Strong doing a Raven impress--What's that? Oh, they're still talking. The Griffin's hand is glowing now, though. Anyway, about Teen Titans..."

I was tempted to make the Teen Titans Raven comparison as far back as April (wow, April?) when the voice was first described, but I decided to go with something that didn't require referencing anything. Ashley bringing it up here amused me, though, so I finally got someone to make the comparison.