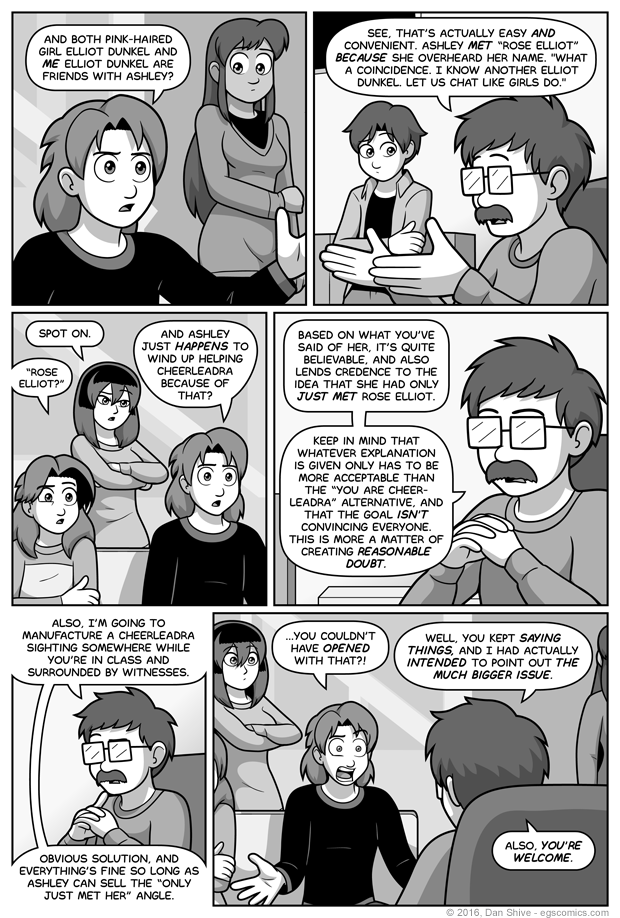 Someone's actually going to do the fake Cheerleadra plan?!

Well, okay, yes, Elliot's name got dropped, so now actually is a good time to play that card when previously it would have been overkill and possibly raised more suspicion due to having seemed staged, but still.

Much like pleasing everyone, you can't convince everyone. One need look no further than conspiracy theories to know that there will be those who cling to an idea no matter how strong the evidence against it. Mr. Verres could prove Elliot can't be Cheerleadra beyond a shadow of a doubt, and there'd still be people claiming they're one and the same.

I mean, they'd be right in this case, but that's beside the point.