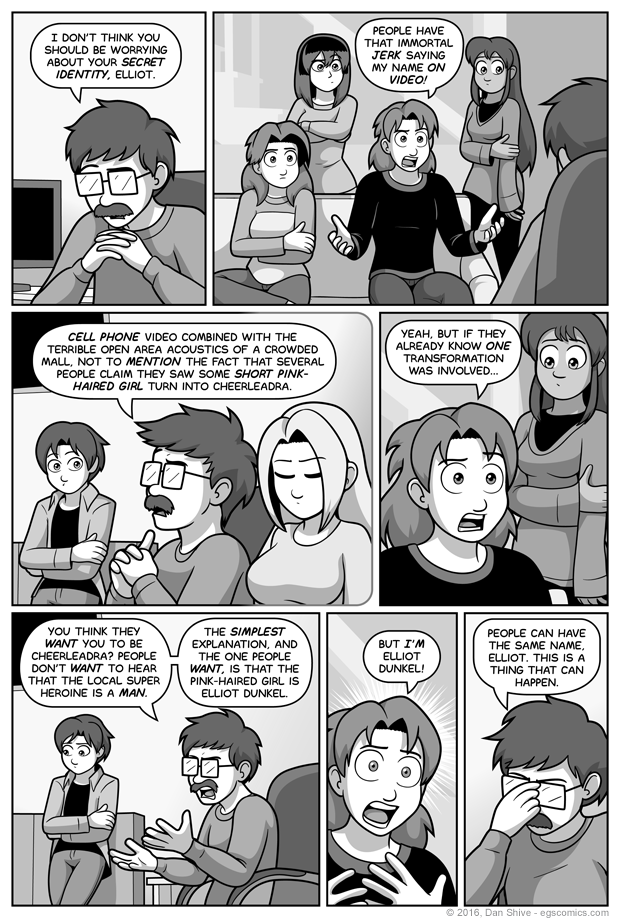 For the record, Elliot does know better than that, but not better enough to express his protest in a way that doesn't imply that he doesn't.

I wanted to imply that Grace was pacing in this comic, which I don't think comes across. I figure Nanase isn't moving around much, but I wanted Grace to be on the move. Suddenly having her gone in panel four seemed weird, however, so for this comic, at least, she stayed put.

If I can pull it off in the next comic without it feeling like a vanishing act, however, then her feet were made for pacing, and that's just what they'll do.