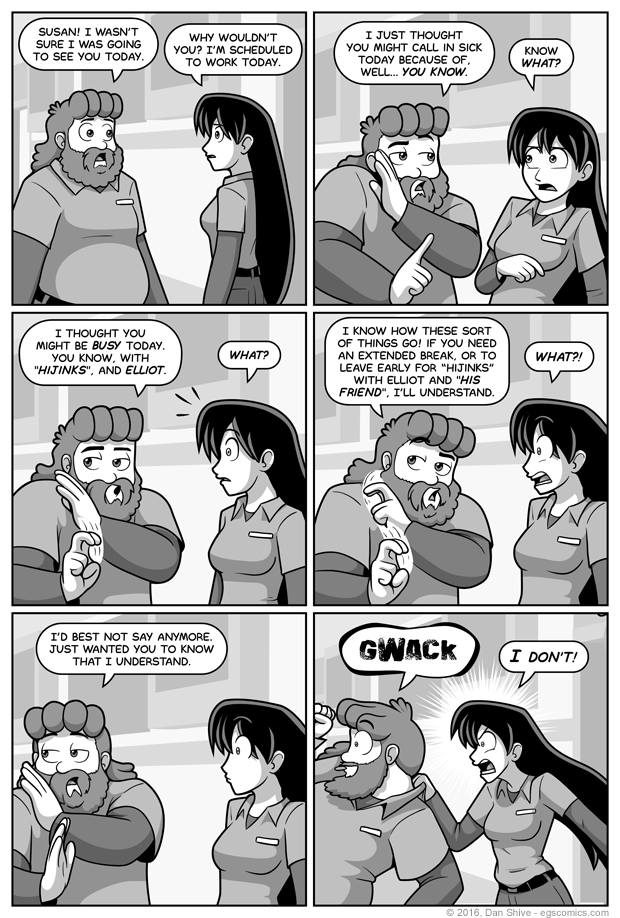 Tensaided clearly subscribes to the wacky hijinks school of identity protection. Because of course he does.

And thus begins Part 4 - Everyone Needs To Talk. I know Part 3 was only, well, three comics, but this felt to me like where Part 4 should begin, darn it, and Part 3 was certainly NOT going to be part of Part 2. That would have been absurd. I considered making this the start of Part 5, thereby saving Part 4 for later in case we needed it, but I ultimately decided it was worth the risk to have Part 4 right here and now as opposed to after Part 7 and before Part 23.