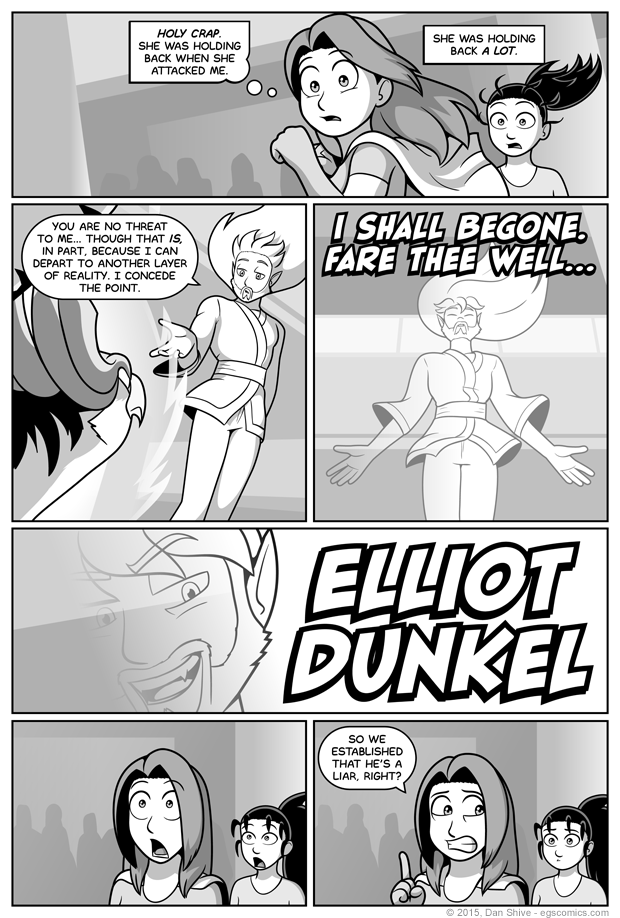 53 story comic commentaries ago, I mentioned making a change to the storyline. We're finally at the point where I can mention what that change was.

First big change? The confrontation with the cloaked figure was originally going to begin *55* comics ago, AKA after this comic with Ellen's group. Instead, I had Tara get advice from the white immortal, someone who was originally not going to be revealed until much later in the storyline.

The second big change is the real big deal: The original plan was for Elliot to be 100% outed as being Cheerleadra with no room for doubt. Tara was going to be there, Elliot would need to use the form, and there'd be witnesses for days.

There were several problems with that plan, the main one being that it was a little too much. I'm not sure how I can elaborate on why it was too much without getting into spoiler territory, but I like this name drop a lot better than the "is Elliot Cheerleadra" question simply being resolved without room to deny it.

Another issue was simply that I wanted to do more with Ashley and Elliot, and I think the scene with Tara is a lot better as a result of that additional time spent with them on their date.