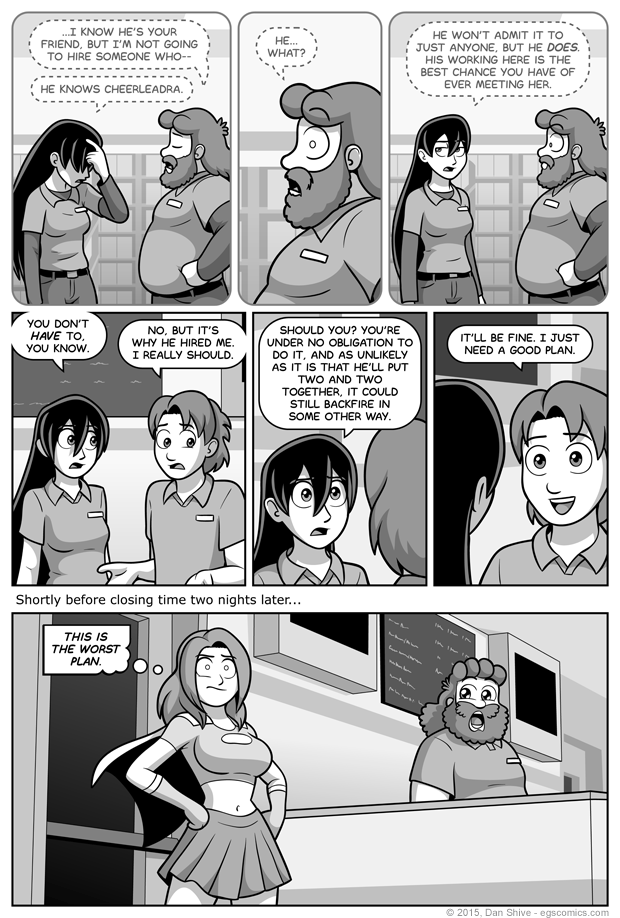 I was originally trying to figure out how to stretch the middle three panels into four so the comic could just be that brief exchange followed by catching up to the summer moment, which was TOTALLY messing with timing. Then it occurred to me some readers would probably appreciate a quick little flashback / recap of the deal with Cheerleadra and Tensaided without having to archive dive, (or read these commentaries) so YAY.

YOU'RE WELCOME, people not reading these commentaries.

Susan has a good point about Elliot not having any obligation to introduce Tensaided to Cheerleadra. There was no agreement made, and having an ulterior motive for hiring Elliot entitles Tensaided to nothing.

Of course, there are a few reasons why Elliot wanted to make sure Tensaided met Cheerleadra that he doesn't elaborate on in this comic, including making it clear that Susan wasn't lying (sort of).