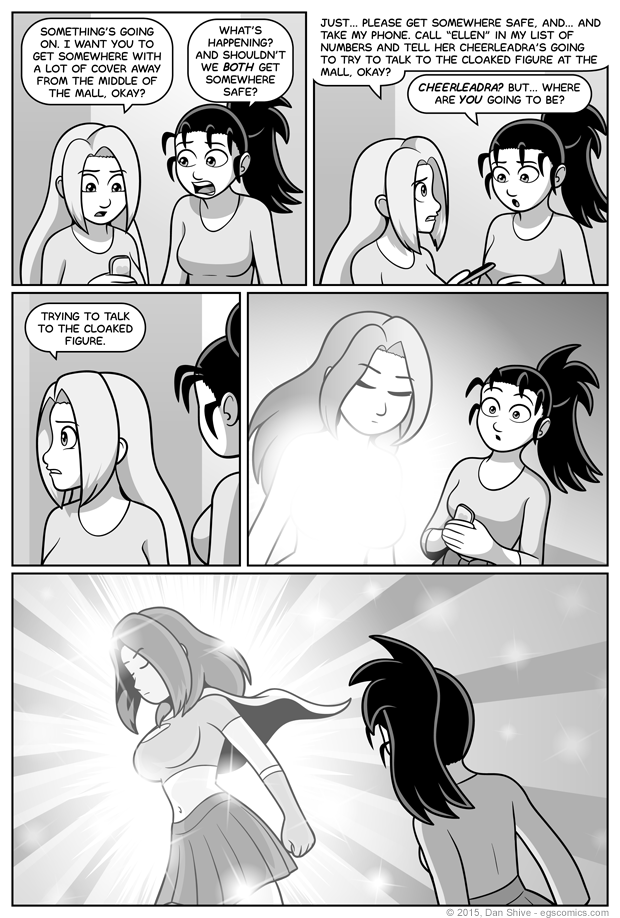 This is a bit different from the last time I showed Elliot transforming into Cheerleadra, which I can handwave with magic's flair for the dramatic and the previous time not being a potentially dangerous situation (or in front of Ashley), but there are a couple of reasons I wanted to present the transformation this way.

1 - It occurred to me that this transformation is different from most clothing morphs in that the outfit that results is not at all relative to what Elliot was wearing before. No matter what Elliot was wearing beforehand, the Cheerleadra costume is constant. Therefore, it made sense to me that it would be less of a shifting morph of clothes, and more of a Sailor Moon like energy effect with the costume replacing whatever clothes were there.

2 - I wanted to imply power. Cheerleadra isn't just female Elliot with flight. As I elaborated on in a previous commentary, the Cheerleadra form is a significant power boost for Elliot, and I wanted the morph to visually reflect that in some way without giving a "Cheerleadra SMASH" impression (Elliot hopes to resolve whatever this is by talking, after all. No smash).