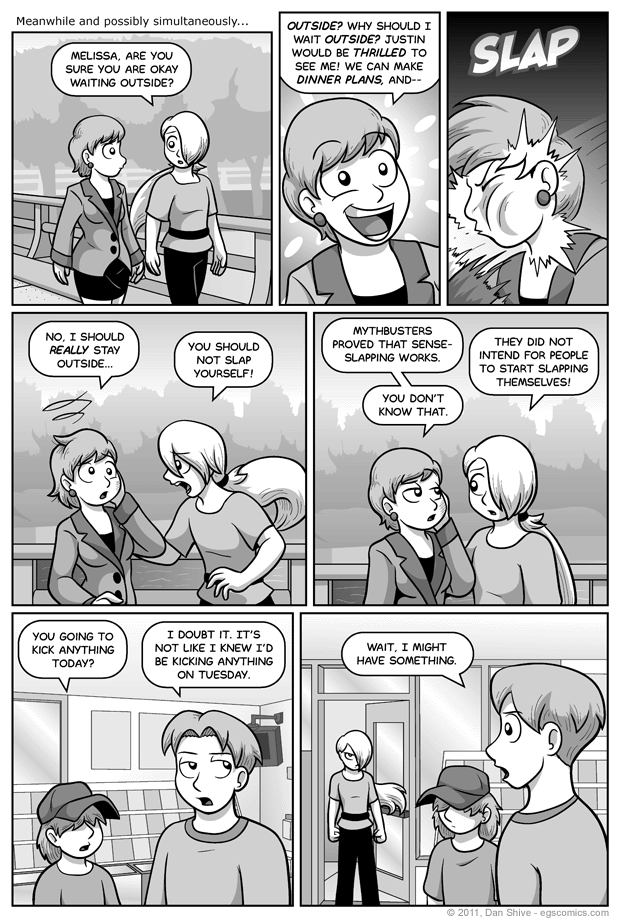 I went back and forth on whether to reference Mythbusters directly in this comic. I commented on Twitter that I was debating how specific to get, and that my decision would determine one word in the final script. Had I not gone with "Mythbusters", she would have said "scientists".

The reason I decided on Mythbusters was because Melissa has pretty much only been seen from one perspective up until recently. Every little bit counts, and that being a show she would watch says something about her.

Anyway, what Noah says in panel five is "officially" true, at least. There is a disclaimer at the start of, and halfway through, Mythbusters episodes telling the audience not to repeat what they've seen at home. Nonetheless, they do seem to find slapping people amusing...

Seriously, though, don't go around slapping people, or yourself. Yeah, they usually just sting for a bit, but worse damage could inadvertently happen, particularly when you consider the proximity to teeth, and...

Wait, am I seriously telling people not to slap other people and themselves? Is this something you need to be told? Please tell me you all know better already.