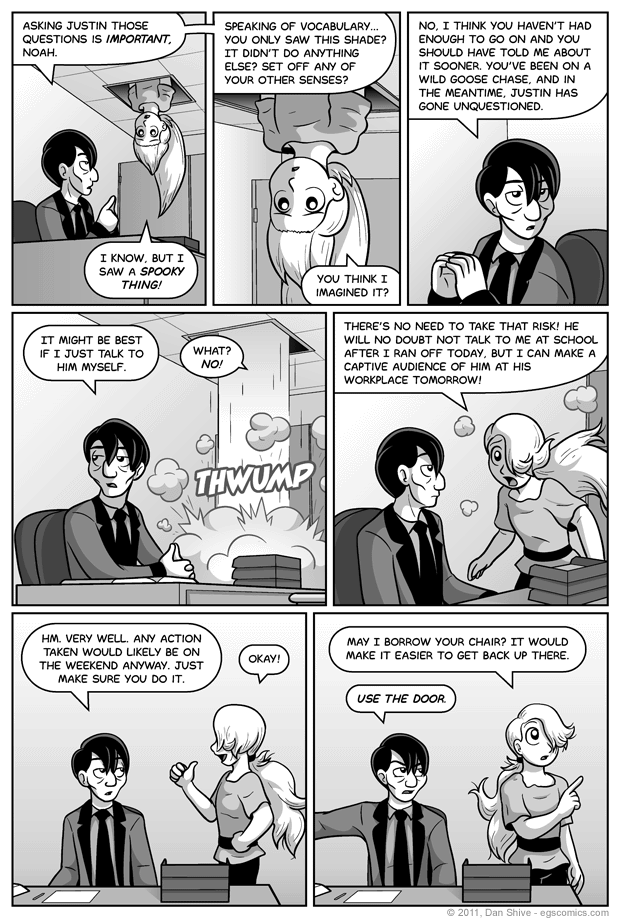 The risk Noah speaks of could be any number of things, particularly since we (you) don't know what the questions are about. The biggest secret Raven has that's been revealed is either his being half-immortal or who mommy is. Of course, if one knows the latter, they know about the former...

ANYWAY! Assuming it's just the former, someone should probably tell Raven Justin probably knows that already.

Of course, it could be something else. Maybe Raven secretly takes ballet classes and wants to be a swan, and he's assuming that Justin can help him due to Raven's own prejudices. They'll wind up discussing the matter and learn a valuable lesson about stereotypes and friendship, and then this talking purple pony unicorn will dictate a letter about it to a baby dragon who will send the message to a giant princess who's really a queen, and... um...

Wait, where am I? What's this comic about? Oh, right.

I like Noah's messed up hair and I'm tempted to try drawing it in an intentionally curly style.